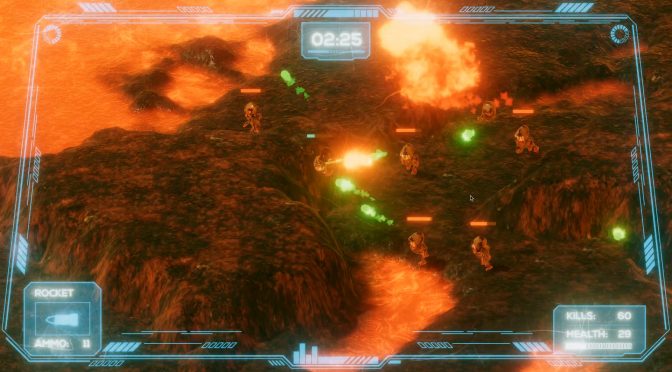 Badjano Entertainment has released a new free isometric arcade shooter, called Miles Infernum. This indie shooter is a mindless arcade shooter, full of action, explosions and special effects And since it’s free, it’s something that may interest some of you.

According to the developers, the terrain is procedurally ( virtually ) infinite, animations are procedurally generated using inverse kinematics and equations, and progression is also procedurally set according to player gameplay.

In Miles Infernum, players will assume the role of an elite soldier who was sent to Hell, and his duty is to eliminate every single lost soul. Basically, it’s a game like Doom with an isometric camera.