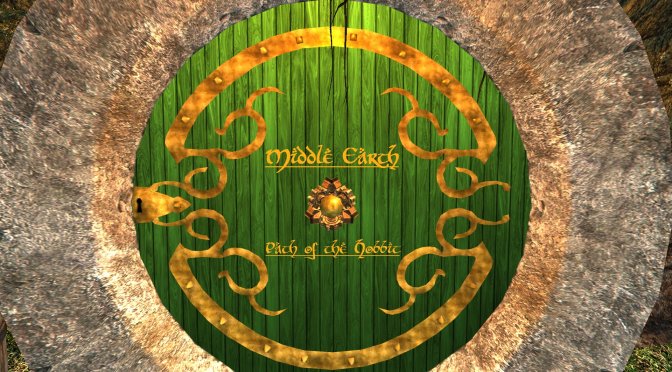 The Hobbit, Lord of the Rings and Skyrim fans, here is something special for you today. Junk has released a new version of the Middle Earth Path of the Hobbit mod for The Elder Scrolls V: Skyrim, and we highly recommend downloading it.

Middle Earth Path of the Hobbit adds Middle Earth to Skyrim. This total conversion includes the entire journey from The Shire to Smaug’s Lonely Mountain.

The mod features over 500 custom NPCs. Moreover, it comes with a number of quests, rings of power, weapons, armor, spells, and much more.

As its description reads, players can assume the role of a dwarf or hobbit, if they choose, with custom clothing and armor to suit. Players will be able to visit The Shire Bywater and Hobbiton. They will also be able to stop and rest, and have a pint at the Inn of the Prancing Pony in the Village of Bree. Then, they will be able to face the 3 Cave Trolls in Trollshaws and loot their Troll Hole.

Players will also learn how they can help Lord Elrond in Rivendell. They’ll have to face an army of goblins and their tyrannical king in Goblin Town, and then find Gollum’s Cave and take the One Ring. Afterwards, they’ll battle against  the spiders and other creatures of Mirkwood Forest.

Moreover, players will discover the Woodland Realm (Halls of Thranduil). They’ll also make their way to Rhosgobel, a shack protruding from a growing tree. After that, they’ll encounter Lonely Mountain to face Smaug the magnificent within. And finally, they will choose sides and take part in the great Battle of the Five Armies.

You can go ahead and download the mod from here. Do note that this mod is only available for the original version of Skyrim, and not for the Special Edition.