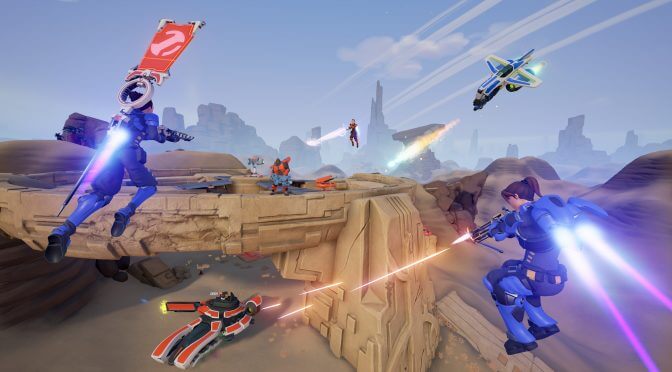 Archetype Studios has announced that its fast-paced jetpack shooter that is heavily inspired by Tribes, Midair, will release as a free to play title on Steam on May 3rd. In order to celebrate this announcement, the team has released a brand new trailer that you can watch below.

In Midair, players will be able to use movement to their advantage, outwit their enemy from every angle, build defenses, and fully customize the way they play.

The game will feature up to 16v16 large-scale infantry and vehicle combat, and according to its description teamwork will be essential.

“In Midair it’s critical that you coordinate your assaults for maximum effect. Take down their automated defenses one by one or sneak past the guards and destroy the generator to cripple their base and expose their flag for a quick grab.”