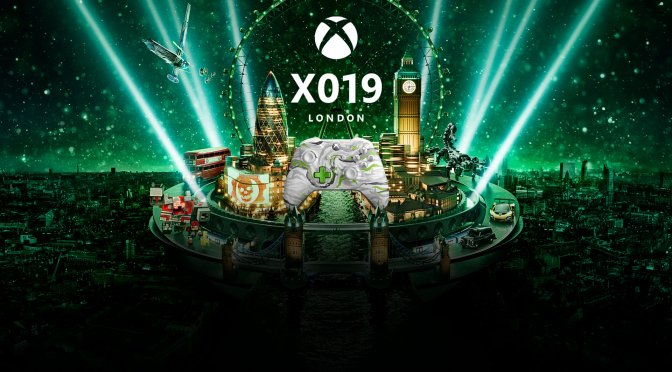 Microsoft has announced that it will be celebrating all-things Xbox with world premiere hands-on gameplay of over 24 titles at its X019 event. Moreover, the company will have special activations, and more for fans to experience first-hand.

In case you weren’t aware of, X019 is the annual global celebration of all things Xbox. The event will be filled with news, first looks and surprises, and Xbox FanFest. Moreover, Microsoft will livestream everything, starting on Inside Xbox.

This event begins on November 14th and, as said, the company will reveal new games. Now since Microsoft has been supporting PC gaming, we can expect all of these games to be coming on both the Xbox consoles and the PC.

Here is what gamers can expect from the X019 event: