Do note, however, that this figure does not reflect the game’s actual sales. After all, Microsoft Flight Simulator is also available on Xbox Game Pass for the PC.

In order to celebrate this accomplishment, Microsoft released the following infograph. As the team noted, pilots have flown more than 3.5 billion miles. The most popular destination of the game appears to be New York City, and players have discovered/visited 72% of the in-game Earth. 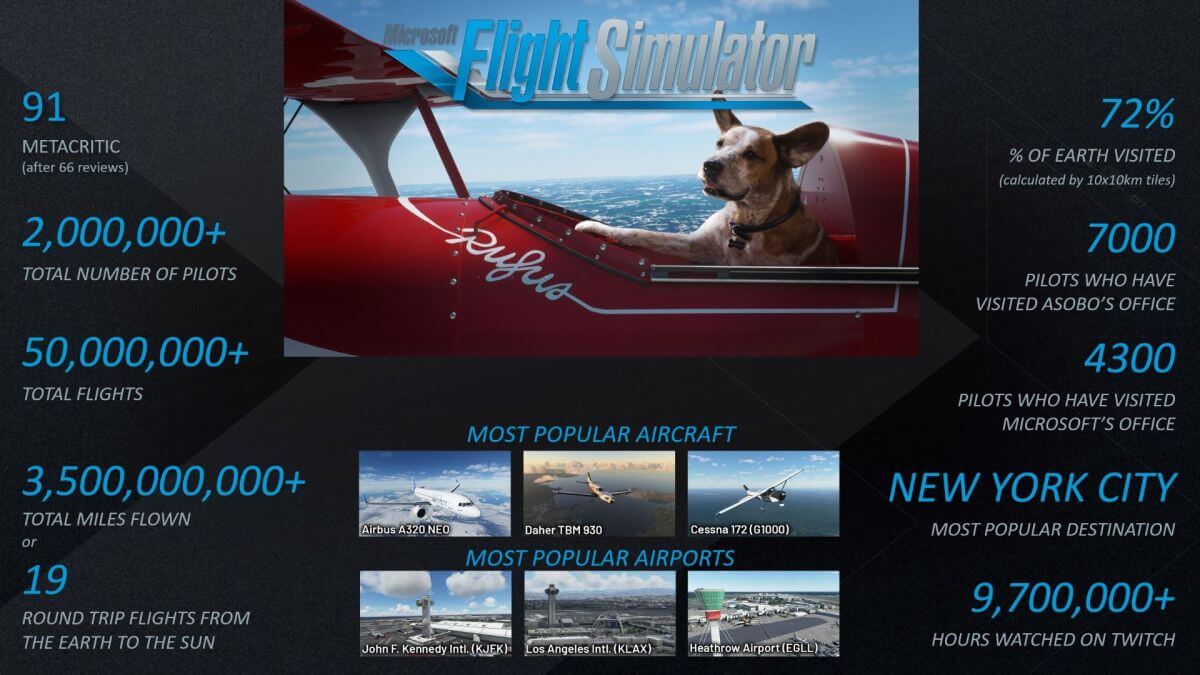 Lastly, Microsoft confirmed (a while back) that a DX12 Mode will come out in 2021. This DX12 Mode will coincide with the game’s Xbox Series S|X release. And, as we’ve already reported, the game desperately needs DX12 in order to scale well on multiple CPU cores/threads.