As we all know, Metro Exodus will be among the first titles that will support real-time ray tracing. However, 4A Games’ upcoming open-world first-person shooter will also support NVIDIA’s Hairworks and Advanced PhysX effects. 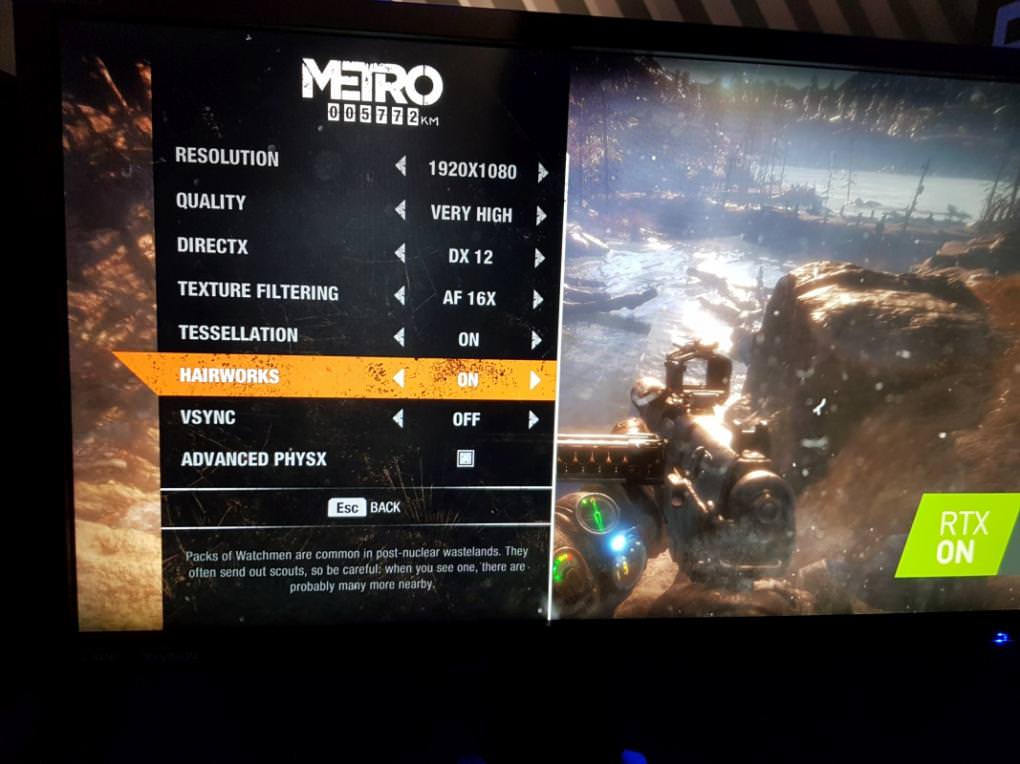 Obviously this does not surprise us as 4A Games had worked closely with NVIDIA in the previous Metro games. As such, it appears that this partnership will continue in Metro Exodus, with the development team implemented numerous NVIDIA features.

It will be interesting to see whether the NVIDIA GeForce RTX2080Ti will be able to run the game with real-time ray tracing and these NVIDIA features enabled, or whether PC gamers will have to choose some features over others in order to maintain a smooth 60fps experience.