Below you can find the full Linux and Mac requirements for Metro Exodus! 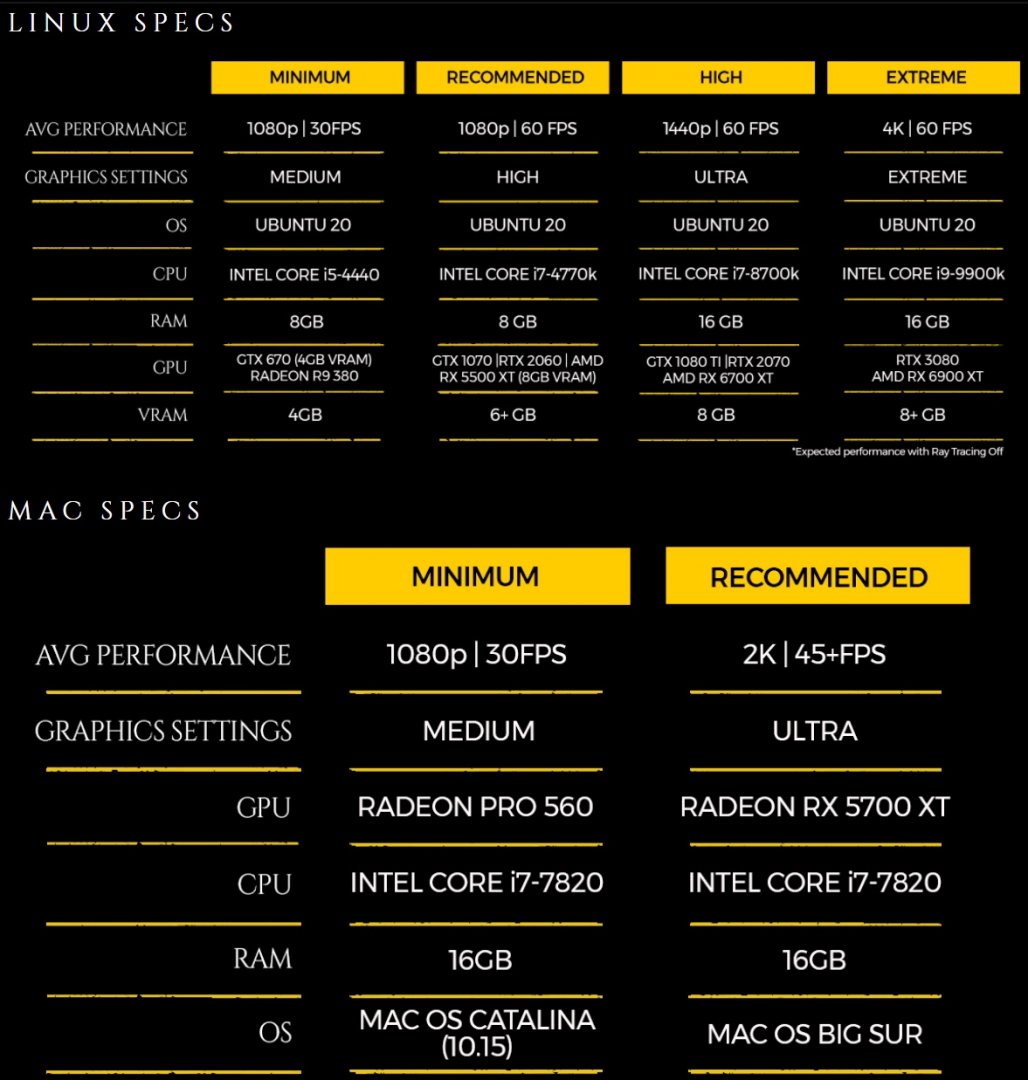