Konami has released a new patch for Metal Gear Survive. This patch will update your game’s version to 1.06 and according to the changelog, the development team has fixed several issues and balanced elements in the game during its server maintenance.

Furthermore, a new event will start on April 10th and Konami will reveal more details about it at a later date.

This patch will be auto-downloaded from Steam, and below you can find its complete changelog (thanks Reddit). 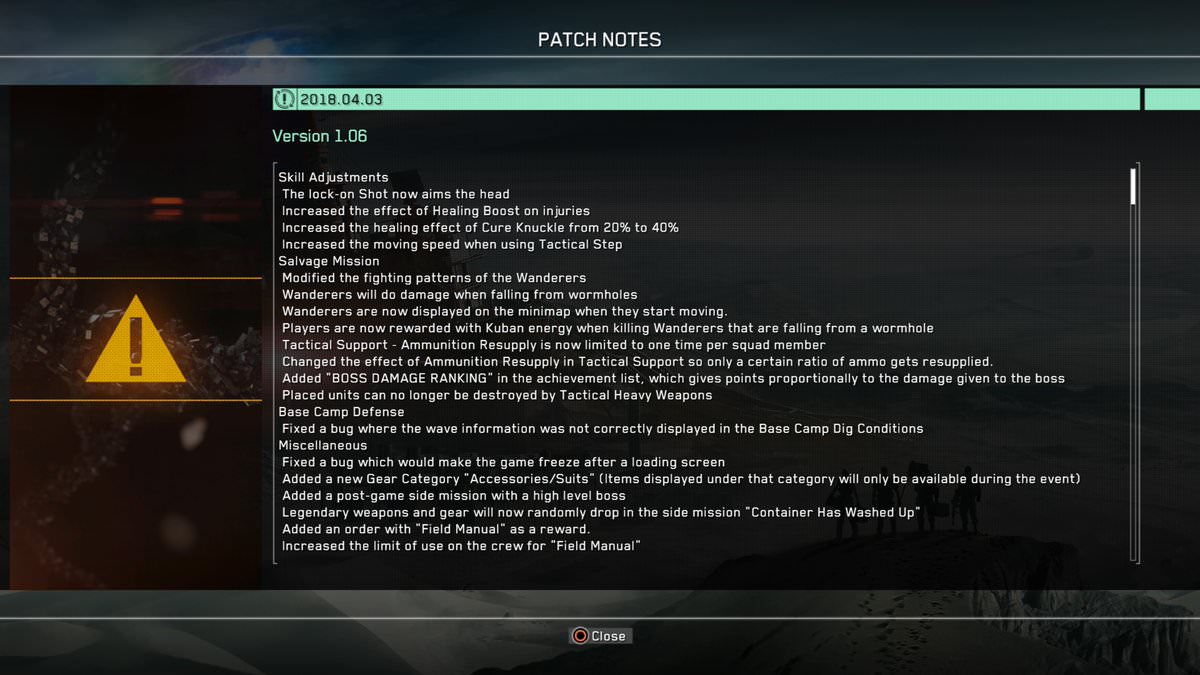 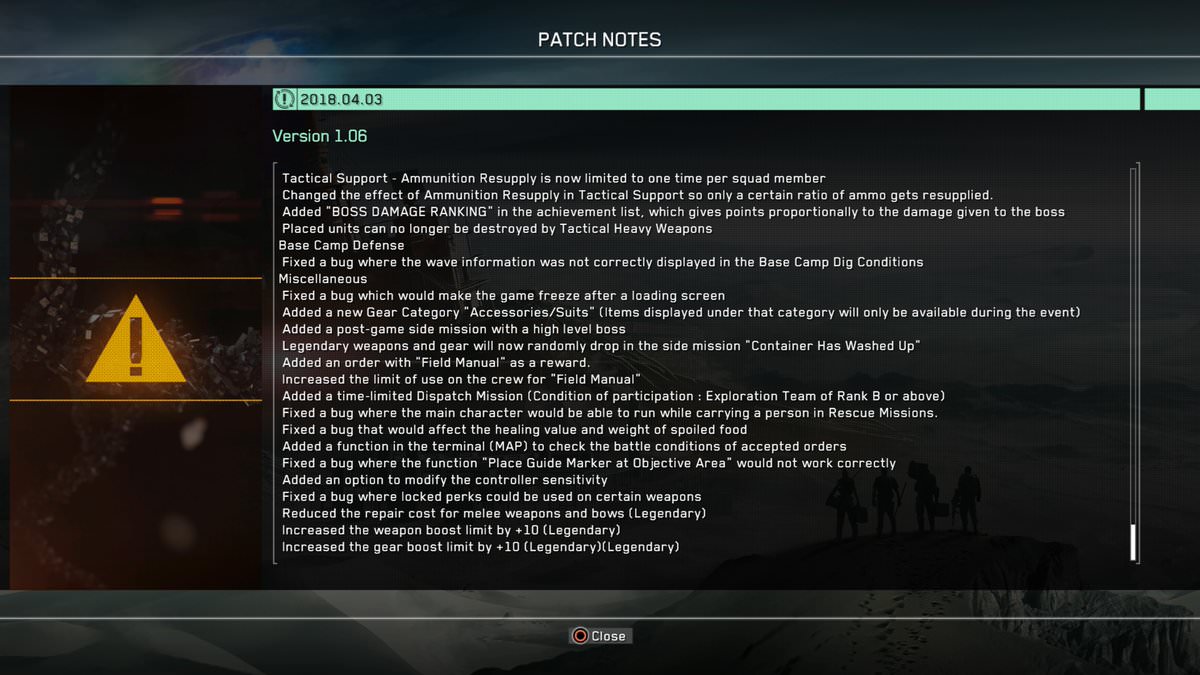