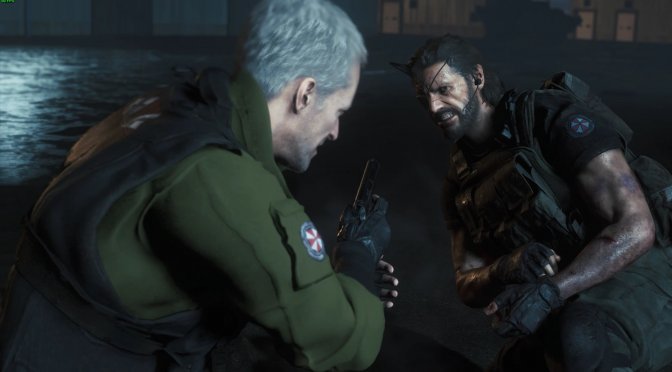 Modder ‘Darknessvaltier’ has released a pretty cool mod for Resident Evil 3 Remake. As the title suggests, this mod brings Big Boss from Metal Gear Solid 5 to Racoon City. To be more precise, the mod replaces Carlos with the final version of Big Boss (you know, the one with the horns).

Now what’s really cool here is that Big Boss has full facial animations. Yes, our beloved Big Boss does not sound like Kiefer Sutherland. However, I’m pretty sure that a lot of MGS fans will find this mod interesting.

Speaking of 3D character swap mods, there are two more for Carlos that may interest you. The first one replaces Carlos with Albert Wesker from Resident Evil Remake. The second mod replaces Carlos with Hunk. Both of these mods are centered around the RE franchise, so some of you may find them cool.

Lastly, Darknessvaltier released a video in which he showcases Big Boss in action.

You can download the Metal Gear Solid 5 Big Boss mod for Resident Evil 3 Remake from here.