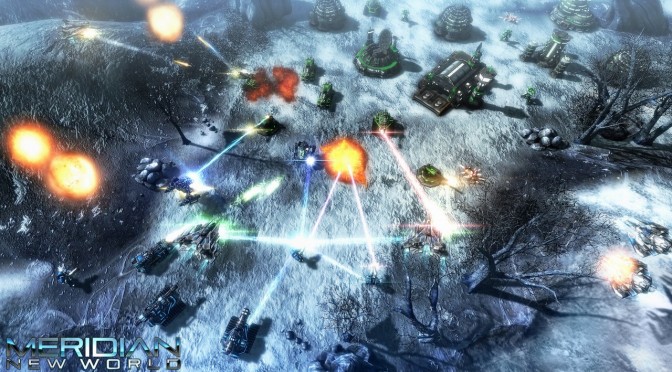 Headup Games announced today that Meridian: New World, a single player RTS/RPG hybrid developed by Ede Tarsoly, has entered the third phase of Early Access on Steam. In addition to the usual bug fixes there is – as with both preceding phases – new content to explore. There is also a nice surprise in store for users of the Standard Edition of the game.

The most important – according to the press release – new features introduced are two new campaign missions “Control” and “Sector 16-2B”, which include more visits to your ship, giving you additional options to uncover parts of the story. In addition the Commander Level cap has been raised to 25, allowing you to unlock more Commander Abilities and more combat options.

Along with these changes, users of the Standard Edition of the game now have access to the Map Editor, to create and share fun content through Steam Workshop. Users of the Contributors Edition of the game will of course also receive a little something, in the form of exclusive access to Image and Video material as well as developers’ notes from early stages of Meridians development, handpicked by developer Ede Tarsoly.

There is also a new, free playable Demo available at the game’s official website, which is equivalent in scope to the content of Early Access Phase 1. This Demo can also be downloaded via Steam.