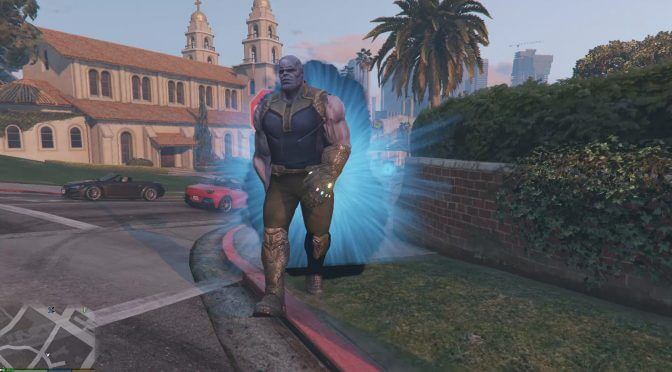 Last week, we informed you about a mod for GTA V that aimed to bring Marvel’s Thanos with his Gauntlet powers. And today, we are happy to report that this mod has just been released and is available for download.

Needless to say that this is a must-have mod for all Marvel funs out there. Those interested can download the Marvel Thanos mod for Grand Theft Auto 5 from here.

In order to install it, you’ll simply have to extract all files to game Scripts folder. You will also need the updated version of ScripthookVDotNet installed.

Last but not least, here are the hotkeys for this mod: