Paradox Interactive and Pieces Interactive have an all-new challenge for spelling champions everywhere, and has today released a new DLC pack for Magicka, the award-wanting action-RPG series. Magicka: Dungeons & Daemons includes an epic new dungeon-based tale to be played in single-player or co-op modes, with new monsters and obstacles, and a super-secret hard mode.

In addition, the development team has released a new patch for its title that updates the game’s version to 1.4.9.0 and fixes a number of issues.

You can view its changelog below, as well as some screenshots and a trailer for the game’s new DLC.

-Added some missing characters to certain fonts. Continuing our commitment to offering characters to all fonts everywhere.
-Fixed a pathfinding crash. Took us a bit, but we found it.
-Fixed disappearing boss Vlad. Turns out he was just at the bar up the street.
-Fixed a crash when killing frozen Khan (and possibly other bosses). KHAAAAAAN!
-Fixed camera issue when being revived by the fairy. Fairies weren’t previously aware of auto-focus.
-Fixed NPC spellcaster AI sometimes freezing up. After taking some public speaking classes, though, the NPC finally warmed up.
-Mobs are now able to spawn their own kind upon death. That sounds kinda gross, actually.
-Added some new functionality to scene scripts. Scene scripts run. Run, scripts, run!
-Reduced the physical damage resistance of Enraged Goblin Warlocks. Let’s face it, Warlocks sound all-powerful but they’re really just a bunch of pansies.
-Fixed a localization crash. Que haya sido reparado.
-Fixed a crash with the Performance Enchantment magick. Talk to your doctor first.
-Fixed a crash that occurred when firing a water projectile during a level transition. That’ll show those pesky levels who’s boss around here.
-Fixed an issue with collision checks that resulted in multiple fall damage. Large Hadron Collider consulted, collisions now in check.
-Fixed certain lights being removed when restarting a scene. Disco disco, good good.
-Fixed scores being inconsistent between client and host in challenges. Issues resolved with just a couple trust falls.
-Fixed script delays being reset when restarting a challenge level. No more delays, the movie will finally be coming out soon.
-Fixed element icons getting stuck highlighted when disabled (as in Elemental Roulette). Now if we could only get our car’s dome light to turn off.
-Fixed a crash where players were gripped during level transition. Now they’ll just be gripped in anticipation, amirite?!
-General stability improvements. 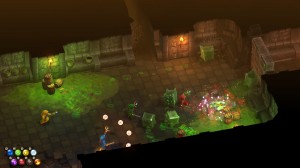 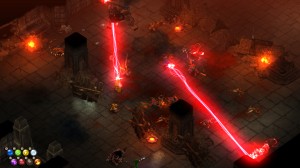 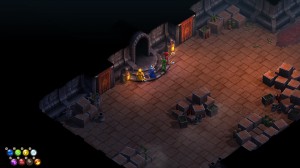 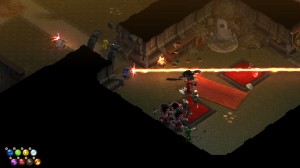