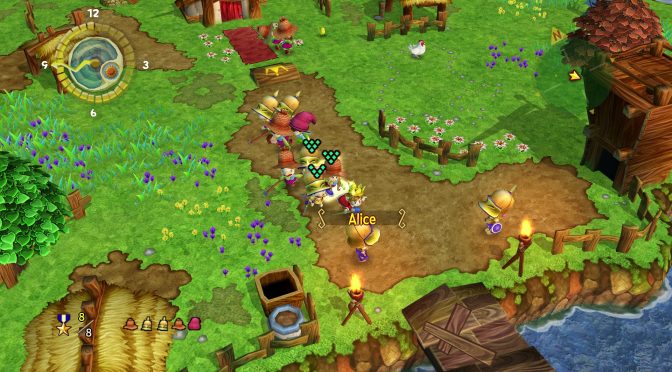 XSEED Games today announced that its critically-acclaimed, formerly Wii-exclusive classic Little King’s Story will make its royal debut on the PC via Steam, GOG.com, and the Humble Store by Humble Bundle on August 5th.

“Step into the humble shoes of Corobo, a timid young boy who stumbles upon a crown with the mysterious power to charm any person and make them follow any order. Using his powers of persuasion and his trendy royal scepter, the newly-crowned King Corobo begins his efforts to expand the run-down kingdom of Alpoko beyond his humble village.”

As the press release reads, every character in Corobo’s kingdom has his or her own personality, and players can command these townspeople to carry out various tasks, be it hunting for treasure, digging ditches, fighting UMA (Unidentified Mysterious Animals), or constructing bridges to reach and conquer new lands.

In addition to an HD graphical update, the PC release of Little King’s Story will allow for both XInput and DirectInput controller support, and will also incorporate various Steam-specific features, including a set of newly conceived royal achievements. Resplendent Steam Trading Cards will accompany the game as well, with completed decks bestowing upon players a king’s ransom in badges, background images, and chat emoticons.