Rumor alert everyone. A new screenshot from Suicide Squad: Kill The Justice League has reportedly been leaked online. This screenshot showcases the in-game menu, revealing some GaaS (Games As A Service) elements/features. 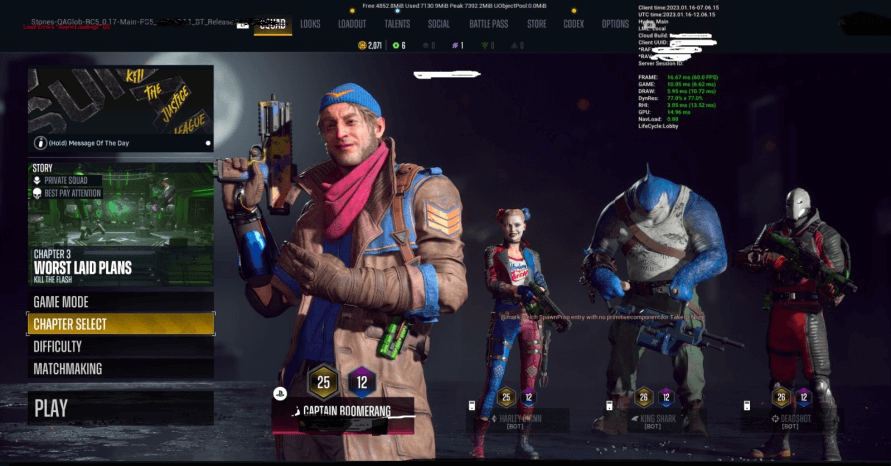 According to this leaked screenshot, the game will have a store and a Battle Pass. Moreover, it will have Loadouts for available characters, and players will be able to level up them.

This screenshot looks really close to what we got with Marvel’s Avengers. However, Gotham Knights also had a similar character upgrade system and did not have any GaaS features. So yeah, until we get our hands on it, we suggest taking this with a grain of salt. Still, and according to earlier reports, this will be indeed a GaaS game.

As the game’s official description reads, Suicide Squad: Kill the Justice League will combine Rocksteady’s signature character-driven story gameplay with third-person shooter action. The game will feature an original narrative and will take place in a richly detailed open-world Metropolis.