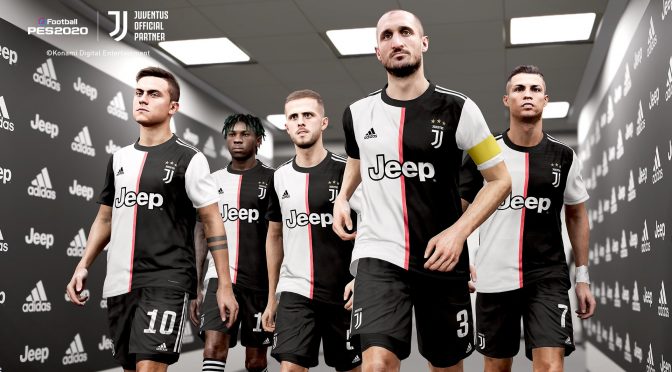 Following the announcement of its long-term partnership with Manchester United, Konami has announced two additional partnerships with Juventus and Bayern Munich. Konami will faithfully recreate these two teams and their stadiums (Allianz Arena and Allianz Stadium).

In order to celebrate this announcement, Konami has released some new in-game screenshots showcasing these two stadiums and the in-game 3D models for some of the players from both Juventus and Bayern Munich.

As Konami has already noted, eFootball PES 2020 promises to also introduce a multitude of visual improvements to enhance your experience in matches and menus alike. Players will experience stadiums recreated in stunning fidelity using high performance 3D scanning technology, spectators in the stands reacting with jaw-dropping realism to the highs and lows of each match, as well as dynamic lighting systems that affect the angle of shadows cast on the pitch as time elapses during play.

eFootball PES 2020 is using the FOX Engine, is currently scheduled for a September 10th release, and its PC demo will release on July 30th on Steam.