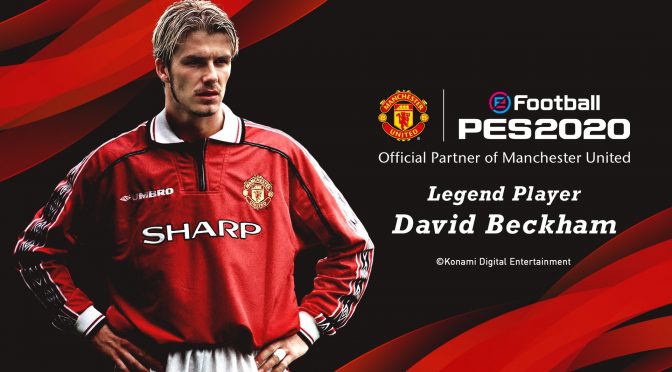 Konami has just announced a new long-term partnership with Manchester United. In order to celebrate this announcement, the company has released some new screenshots for eFootball PES 2020 that you can find below.

According to Konami, Manchester United’s first team squad and iconic Old Trafford stadium will be faithfully recreated for use in its upcoming soccer game, PES 2020. Furthermore, David Beckham will be available as a Legend Player and Scott Mctominay has signed on as an eFootball PES Ambassador.

eFootball PES 2020 is using the FOX Engine, is currently scheduled for a September 10th release, and its PC demo will release on July 30th on Steam.