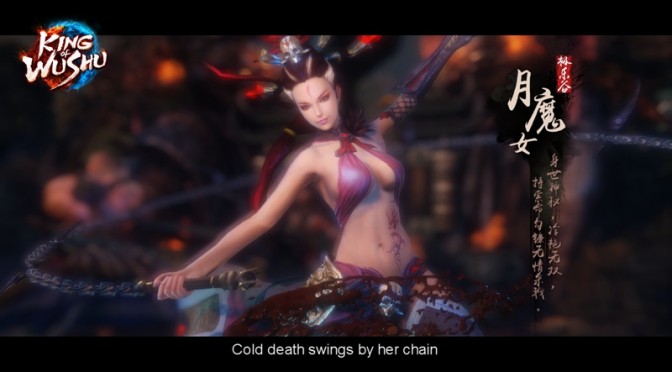 Snail Games has officially announced its upcoming martial arts-themed MOBA (multiplayer online battle arena), King of Wushu. The game is the latest addition to Snail’s flagship martial arts series, and will be available for PC and Xbox One.

As the press release reads, King of Wushu takes the traditional world of Chinese martial arts to the battle arena. Developed by the same studio as its predecessor, Age of Wushu, and utilizing the latest CryEngine 3 game engine, the game will feature stylized graphics in a full 3D environment. Mixing elements of MMOs with third-person shooter mechanics, King of Wushu will take the MOBA gaming experience to a new level of action-packed intensity.

The game is set during the chaotic days following the fall of a great emperor. In this perilous time, the greatest champions of martial arts gather from the far corners of the land to demonstrate their prowess. The arena beckons them to glory and fame, as they struggle to become the King of Wushu.

King of Wushu builds on the gameplay of traditional MOBAs, pitting players in 5-on-5 matches across a battle map, with the objective of defending one’s own base and defeating the opposing team. Additionally, players will get to experience new MOBA dynamics through King of Wushu’s full 3D world and action combat system, which includes dodging, jumping and attack combos.