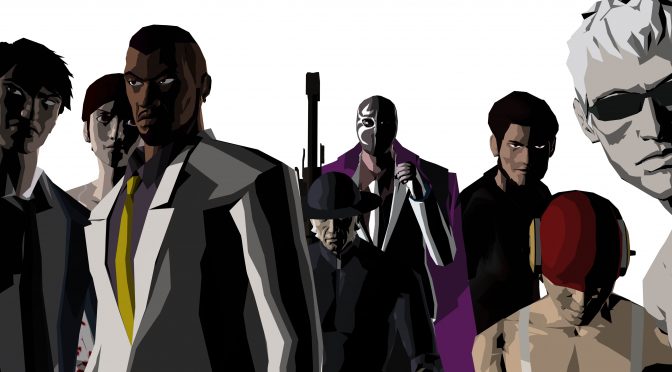 NIS America has announced that killer7 is now available on the PC and detailed all the changes and improvements that it has made to it. According to the developers, all drawn animation sequences have been upgraded to fit the new 16:9 aspect ratio offered by modern computer devices.

“We found that increasing the frames to 60 FPS during the “reload” animation introduces unwanted artifacts at every other frame, so in order to keep the behavior true to the original, we’ve locked this animation to 30 FPS. Ultimately, our goal was to update as many parts of the game as possible without compromising the quality of the gameplay, and we aimed to achieve that with how the game was presented and experienced as a whole.”

Payers will have a variety of options for reconfiguring key bindings, and the game will support the mouse from the get-go. Players will also be able to quickly swap between Harman’s different personas using the number keys 1-6 on the keyboard.

Last but not least, many 2D puzzles that were originally made in 4:3 ratio have been reworked to 16:9 ratio and many 2D assets have updated textures to match the new 1080p resolution offered by current PCs!