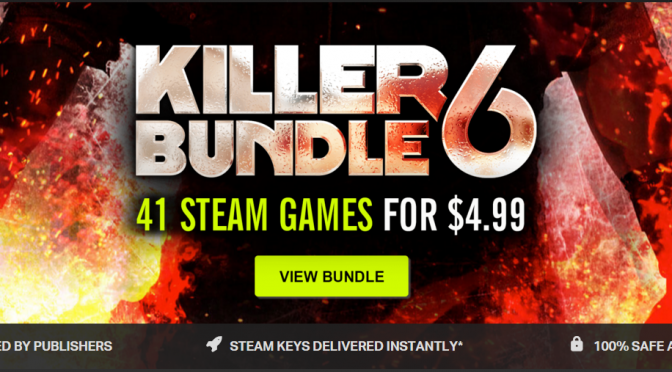 Bundle Stars has today unleashed the world’s biggest mixed bundle of digital games, all of which appear in this format for the first time. The Killer Bundle 6 contains a 41 games, all for the incredibly low price of just $4.99 (USA) / £3.69 / €4.79. The normal retail value of the featured games is a substantial $190, so that’s a saving of 97%.

Here is what is included in the the bundle: