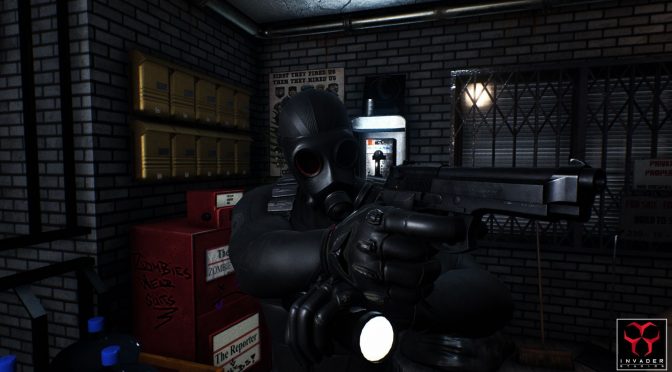 Invader Studios has launched a Kickstarter campaign for its Unreal Engine 4-powered game that is inspired by the classic Resident Evil games, Daymare: 1998. In addition, Invader announced that the legendary Director of Resident Evil 3: Nemesis and Planner on the original 1996 Resident Evil, Kazuhiro Aoyama, has agreed to become the ‘Producer Associate’ of Daymare: 1998.

“There are many games called “Survival Horror”, but I recommend this game to “genuine oriented people” who prefer fear the old fashioned way. As an evil friend, I would like to give Invader Studios as much of my burning blood as possible. As their intense passion and my burning blood react chemically, this will definitely cause DAYMARE syndrome”

“I’m really excited about Daymare: 1998. I want to create as many bizarre, creepy and terrifying monsters as possible!”

The Kickstarter campaign will last for 30 days, and will end on St Patrick’s Day, March 17th. The team aims to raise €180K in total; a goal that we are almost certain that this campaign will achieve with ease.