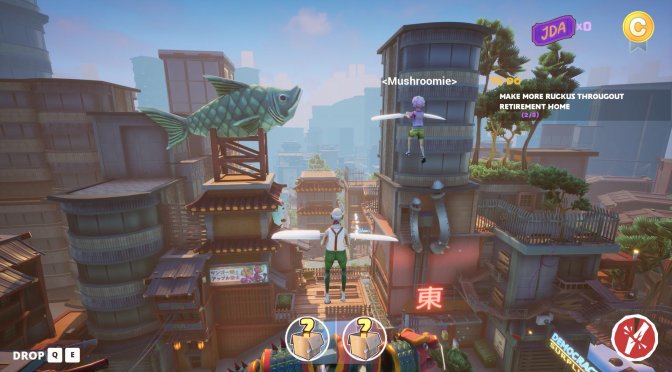 Armin Ibrisagic, designer of Goat Simulator, and his development studio DoubleMoose have unveiled the first details for Just Die Already. According to the team, Just Die Already is a ridiculously gory and unpredictable physics-based sandbox game.

Just Die Already sees players completing outrageous challenges in order to reserve their place in the World’s Nicest Retirement Home. The game will feature a Mayhem Sandbox world, filled to the brim with crazy tools and contraptions.

Players can either play solor or with up to three frieds. As such, you can delight in the experimental, working out ever more incredible ways to secure the game’s fabled golden tickets.

“When we started making the game, there wasn’t all this going on. So it does feel a little weird introducing such a ridiculous, over-the-top sandbox game when the world is so grim at the moment. That said, maybe supergluing a rocket pack to the back of an octogenarian and sending him flying into a construction site just to see what happens is the type of escape we all need right now?”

Just Die Already will be releasing on PC in the Summer. Below you can also find its announcement trailer.