As Carmack said when he was asked about the framerate of next-generation games:

“Unfortunately, I can pretty much guarantee that a lot of next gen games will still target 30 fps.” 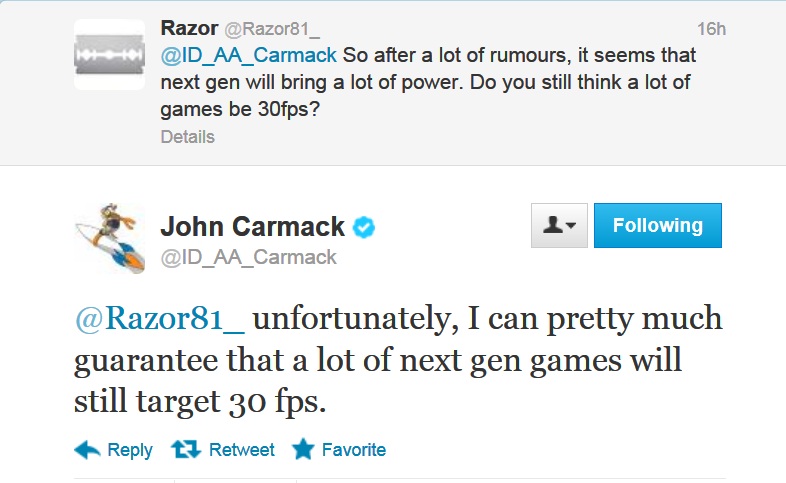 Still, this claim from this programmer guru (even if you hate him, he’s still one of the best programmers out there) is not good news for all console gamers. On the other hand, this is good news for PC gamers as they won’t have to constantly upgrade their machines.

Let’s not forget that a single GTX680 can run a tech demo like Agni’s Philosophy at 1080p and with 60fps. Question is though; will developers be able to achieve something like that on consoles at 30fps?