Dreamcast fans, get ready for a treat. SEGA announced that Jet Set Radio will be coming to XBLA, PSN, and Windows PC Digital Download this Summer. Jet Set Radio lets players join the GGs, an up-and-coming street gang in the futuristic city of Tokyo-to, fighting for the right to self-expression against an overbearing, corporate-controlled police force.

Rolling and leaping through crowded urban environments on magnetically driven inline skates, players take control of gang leader Beat and his growing posse of deviant artists as they steal turf from the local gangs by covering the city with colorful graffiti.

Guided by Professor K, DJ for the hottest pirate broadcast in town – “Jet Set Radio” – the GGs will ultimately uncover the sinister plot hatched by the controlling powers of Tokyo-to.

SEGA has also announced an upcoming contest that will let US and UK Jet Set Radio fans share their own love for (digital) graffiti. Eager fans will get a shot at designing eighteen brand new pieces of in-game art that will be seen by players the world over.

Winners will receive a prize pack that includes a Rukus from Etón Corporation – the world’s first Bluetooth sound system with solar power – and a number of other wicked rewards. 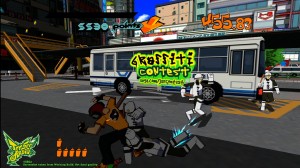 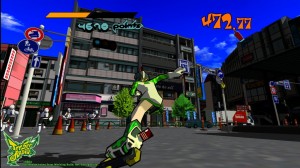 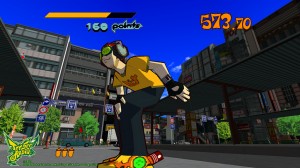 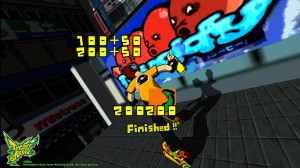