Hazelight has announced that It Takes Two has sold one million copies worldwide on all platforms. It Takes Two came out on March 26th, meaning that it took the team a month in order to hit this goal. 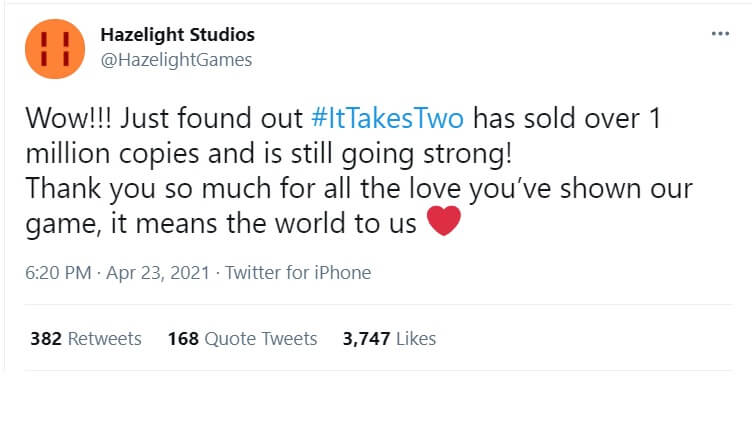 In this game, Rose, Cody and May are challenged by a cheesy self-help book on love – Dr. Hakim – to fix their broken relationship. The game promises to feature innovative gameplay, emotional storytelling, and laugh-out-loud moments.

Moreover, this is an exclusive co-op game. Players can invite a friend to join online co-op for free with Friend’s Pass*, and experience a thrilling adventure. Players can also choose from online or couch co-op with split-screen play.

Stay tuned for our PC review!