Videocardz got its hands on some Intel slides that confirm the specifications of the 9th generation Core series. According to the slides, there will be three models at launch: Core i9-9900K, Core i7-9700K, and Core i5-9600K. 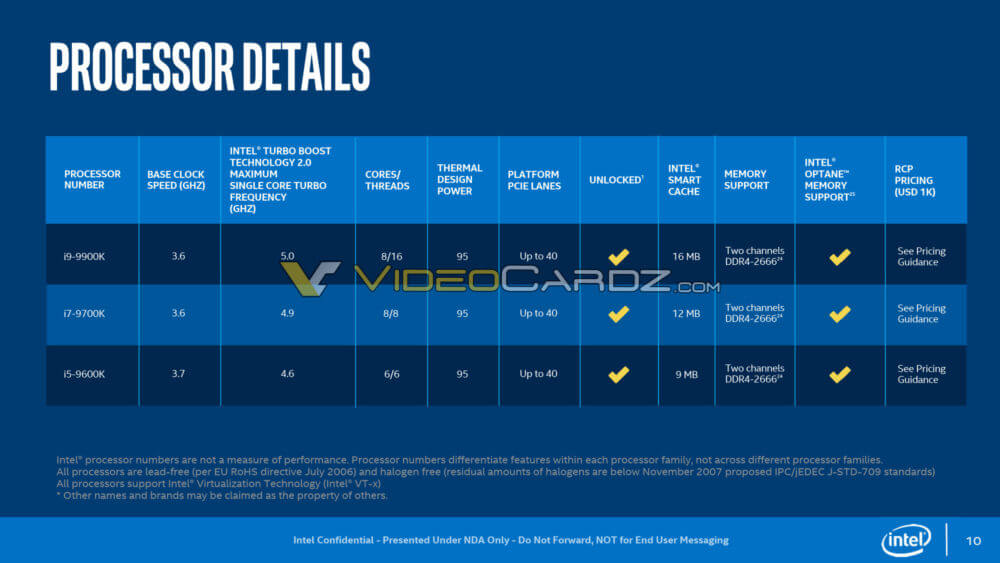 The Intel Core i9-9900K will be the big daddy, featuring 8 CPU cores and supporting 16 threads thanks to Hyper Threading. This model will feature 16MB of cache, will be clocked up to 5.0 GHz in single-core turbo mode, and is most likely the CPU that most enthusiast gamers will prefer.

The Intel Core i9-9900K will be soldered, will have integrated USB 3.1 Gen 2 and integrated Intel wireless-AC, will be compatible with all the Intel 300 series chipsets, and will support the Intel Optane memory which will benefit games as it aims to accelerate loading and launching the games you play the most. 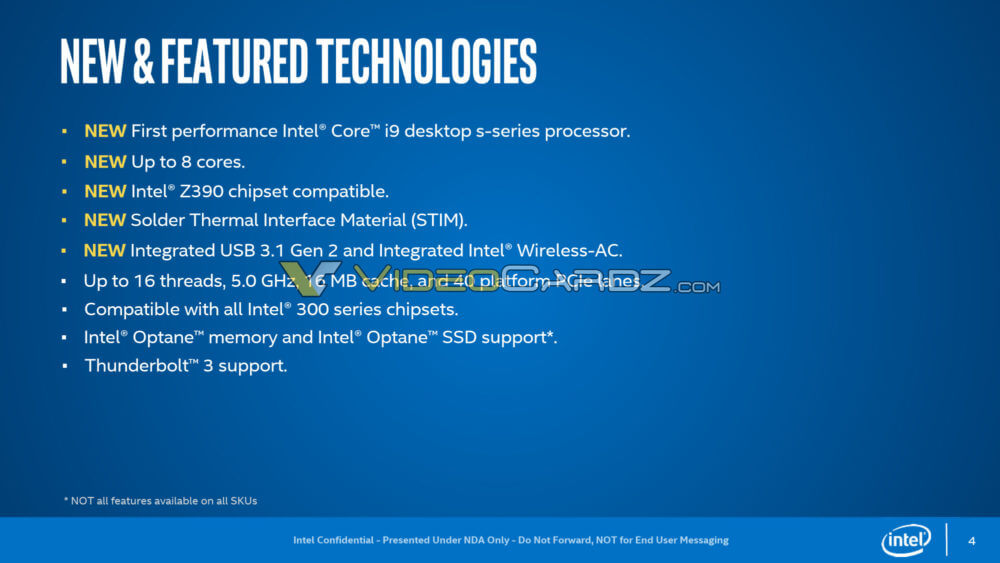 On the other hand, the Intel Core i7-9700K will feature 8 CPU cores and will be able to handle 8 threads (as it will not support Hyper Threading). This model will feature 12MB of cache and will be clocked up to 4.9 GHz in single-core turbo mode.

Last but not least, the Intel Core i5-9600K will feature 6 cores and will be able to handle 6 threads, will feature 12MB of cache and will be clocked up to 4.6 GHz in single-core turbo mode.

These three CPUs will be released in October and Intel will reveal their pricing and some performance metrics in September. 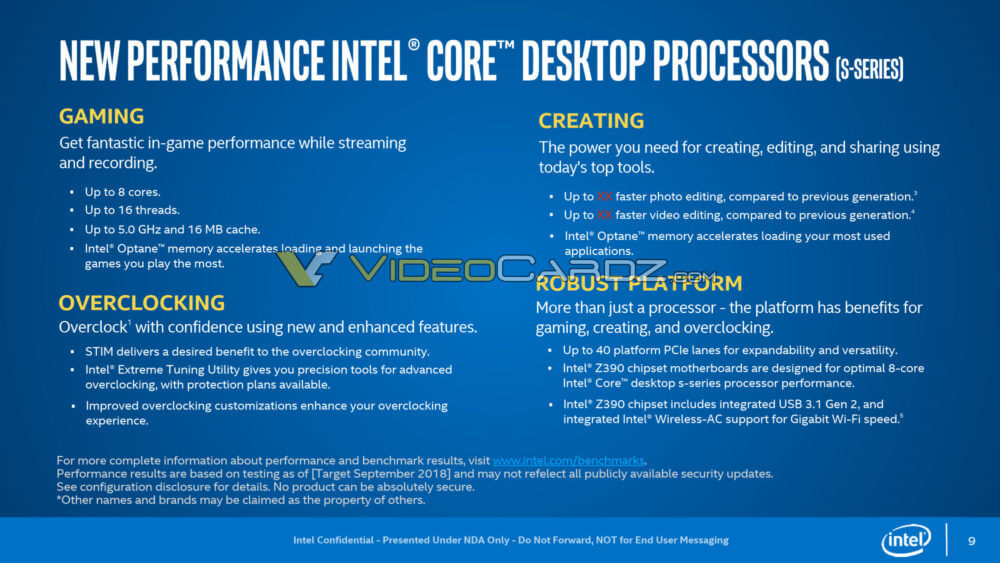