Intel has finally decided to discontinue the Gemini Lake series of third-generation low-power SoC processors. This move is not unexpected though, since Intel already introduced the updated Gemini Lake Refresh chips back in October last year.

First introduced back in 2017, Intel is now retiring its Gemini Lake family of CPUs. These have since been replaced with the Gemini Lake Refresh (Gemini Lake R) lineup, which was launched last year, so discontinuing the 2017 lineup doesn’t come as a surprise.

Gemini Lake (GLK) core is the name for Intel’s generation of system on chip/SoC series, serving as a successor to Apollo Lake. These low-power chips primarily targeted entry level embedded devices, low-cost laptops and desktops, and all-in-one PCs as well as loTs. Gemini Lake chips are manufactured on a 14 nm process and are based on the Goldmont Plus microarchitecture.

Gemini Lake doesn’t usually show up in too many PCs for obvious technical reasons, but it has carved out a bit of a niche in the mini-PC market though, where its native HDMI 2.0 support and VP2 Profile 2 support (for HDR) has given it an upper hand over Intel’s 7th/8th/9th generation Core parts. The value of the base frequency of these chips ranges from 1.1 to 2 GHz, and boost clock speeds are within 2.4 to 2.8 GHz range. These chips are equipped with a 4 MB second level cache. The TDP of these processors varies depending on the specific model and ranges from 6 to 10 watts.

The Gemini Lake R processors that replaced the ones being discontinued now are not entirely different in a big way, meaning that they’re still using the 14nm process node, and they also come in dual and quad core flavors, and they still have 6W and 10W TDPs. The main differentiating factor is the slightly higher clock speeds though. 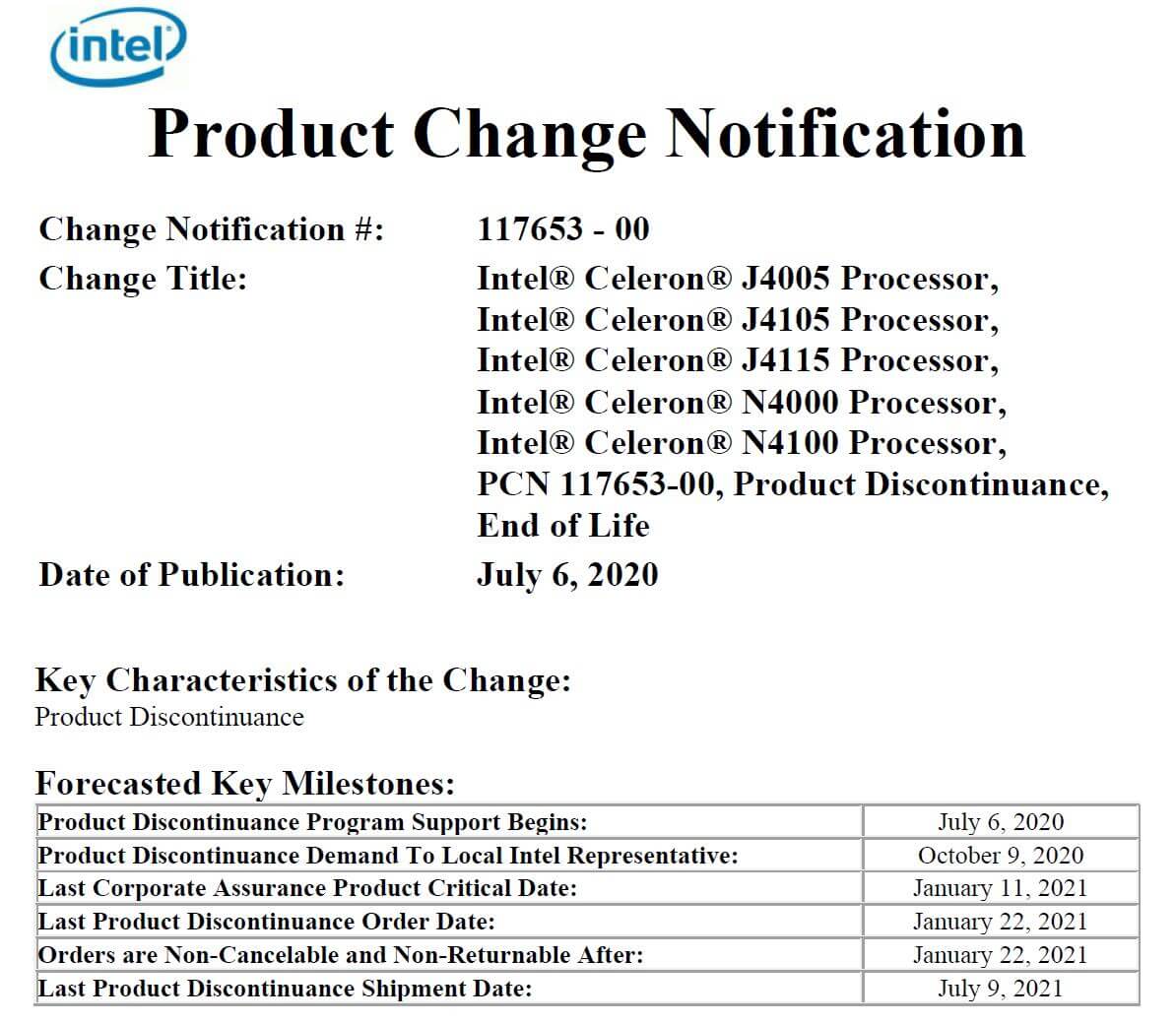