According to Eurogamer’s results, the Intel Core i7 8700K is faster than any of AMD’s CPUs in The Witcher 3, Assassin’s Creed: Unity, Far Cry: Primal, Crysis 3 and The Witcher 3: Wild. The last two titles in particular are 50fps and 30fps faster than the AMD Ryzen 7 1700 CPU, respectively.

Tomshardware also found the Intel Core i7 8700K to be faster than the AMD Ryzen CPUs in pretty much all games, and slightly faster than the i7 7700K. In games that benefit from more than four CPU cores, like HITMAN, the performance difference between the i7 8700K and the i7 7700K was around 10fps. 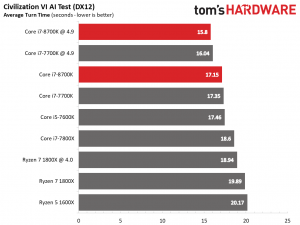 Gamersnexus results also favour Intel’s Core i7 8700K over AMD’s Ryzen CPUs. Do note that we are only referring to their gaming performance (as we are a gaming site and we are obviously interested in how these CPUs perform in games). The new Intel CPU was also faster than the i7 7700K in Battlefield 1 and Total War: WARHAMMER. Surprisingly enough, the i7 7700K was a bit faster in Project CARS 2. 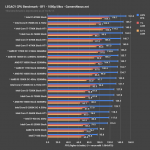 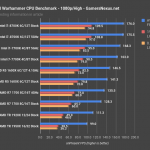 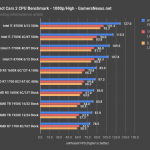 Techpowerup has decided to test some games in 720p in order to avoid any possible GPU limitation, and its results are really interesting. According to them, the i7 8700K is the fastest CPU in Watch_Dogs 2 and Dishonored, falls behind the i7 7700K in Deus Ex: Mankind Divided, and is slower than AMD’s Ryzen CPUs in Civilization VI.

In conclusion, the Intel Core i7 8700K CPU is the best gaming CPU gamers can buy. Although the performance difference between the i7 7700K and the i7 8700K is minimal in some games, games that benefit from multiple CPU cores/threads will run faster on this latest CPU. And since the i7 8700K will be priced similarly to the i7 7700K (according to Intel the 8700K will be $40 more expensive than the 7700K), we can’t think of any reason why someone would prefer the latter over the former.