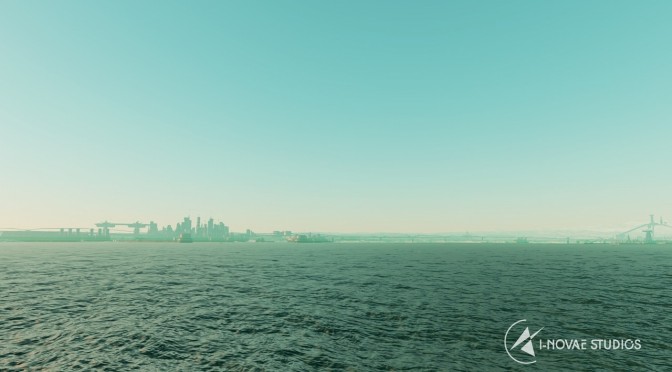 I-Novae Studios has just launched the Kickstarter campaign for Infinity: Battlescape. Infinity: Battlescape is a multiplayer space sim involving hundreds of players split across three competing corporations of the Starfold Confederacy fighting for control of a procedurally generated, true to scale solar system filled with planets, moons, asteroid belts, and other celestial phenomenon.

Infinity: Battlescape will feature seamless planetary transitions that will bring combat from deep space to the surface of alien worlds. The game’s primary goal will be to destroy your enemies and their infrastructure through orbital bombardment from capital ships and/or an array of smaller spacecraft including bombers, interceptors, and corvettes.

“A match begins with each team being allocated some combination of space stations, planetary bases, factories, and AI controlled defense turrets. Each player will start with a moderate amount of credits with which they can buy ships and equipment. Every couple of minutes a factory spawns a cargo ship which will transfer raw materials to the nearest space station or planetary base for processing into credits. These credits are split evenly among the members of the team however if the cargo ship is destroyed its owners lose the credits. Players are able to donate credits to other members of their team so that they can pool resources.”

Here are the key features of Infinity: Battlescape: