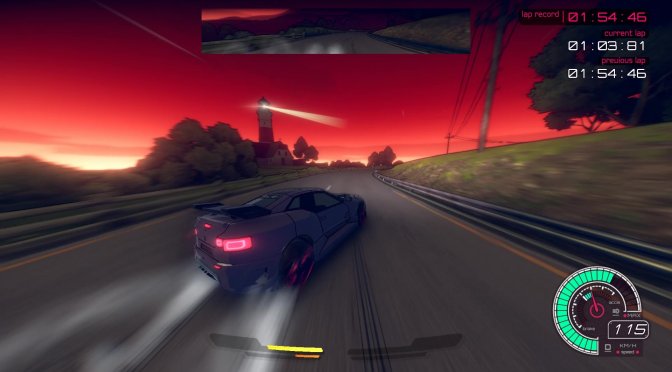 In this racing game, players can hone their skills by the lakeside. Afterwards, they can head to the coast for a sunset showdown and pitch their best time against the most skilled drivers on the planet.

As said, the game comes with twin stick drifting mechanics. The left stick handles steering and the right hand stick gives you total control over your drift. As the team noted, this new control system will be intuitive for new players and uniquely challenging for pros.

You can download Inertial Drift: Sunset Prologue from here. Its full version, which will feature 16 cars and 20 tracks, will release later this Summer.

Lastly, PQube released a brand new trailer for this arcade racer that you can find below.

Inertial Drift: Sunset Prologue | OUT NOW and Free to Play on Steam