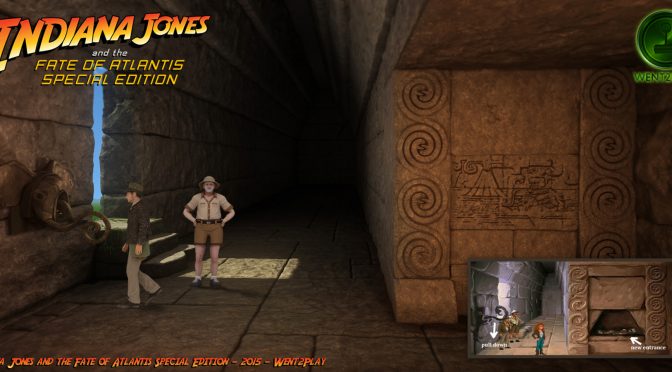 Went2Play has been working on a HD fan remake of Indiana Jones and the Fate of Atlantis. Unfortunately, though, it appears that the full version of this project will never see the light of day as Went2Play received an ‘informal’ cease and desist letter.

“We have been asked politely by a new promoted Lucasfilm Head of business development person to stop developing and distributing Indiana Jones and the Fate of Atlantis Special Edition demo. We will remove the downloading buttons from our website this Sunday (5th March 2017). We have been told that Lucasfilm don’t want to share the Indy license with anyone right now, so we came up with other solution and we will see if that is going to work for them.”

A demo of this HD fan remake is currently available at its official website, and will be available until March 5th. As such, we strongly suggest downloading it in order to see for yourselves what this HD remake was all about!