JRPG fans, rejoice. An unknown team is working on a HD remake for SquareSoft’s masterpiece, Chrono Trigger. Spotted by our friend ‘Nick Molyviatis’, this Chrono Trigger remake is powered by UDK. Sadly, there aren’t juicy details about it as the team behind it wants to avoid a C&D message from Square Enix. Therefore, there won’t be any website for it and the makers won’t put their names on the game’s credits. This is done by fans for fans so it’s a pretty clever way to avoid those annoying C&D messages.

According to one of the game’s creator, the 1000 A.D environment is mostly mapped but some areas need another pass. Basic game play is in place but there are currently no techs yet. In other words, this whole project is pretty early in development.

The team is also using the CTR tracks by Matthew Valente as place-holders during development, though they might feature some remastered tunes for it.

We should also note that this remake is based on the PSX version of Chrono Trigger and that it won’t be hitting the Internet anytime soon. As we said, this project is still in early development.

The team has also released the first image from the game’s menu and can be viewed below. Enjoy! 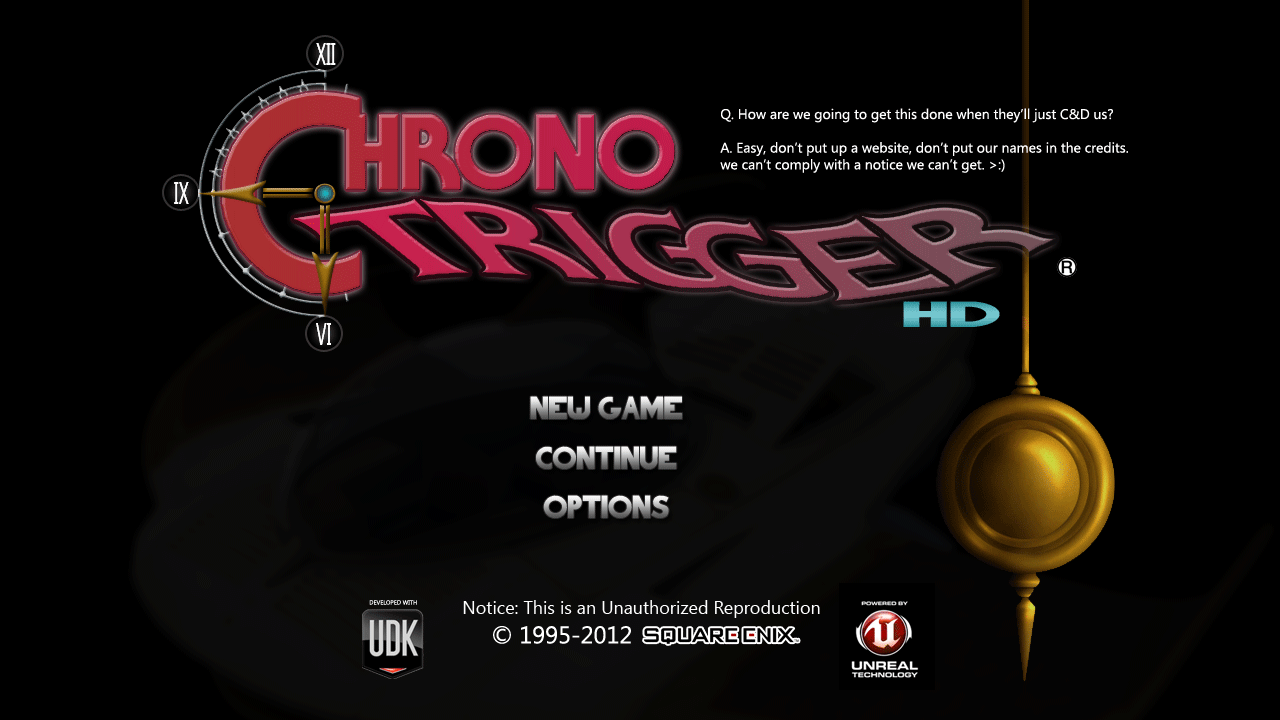