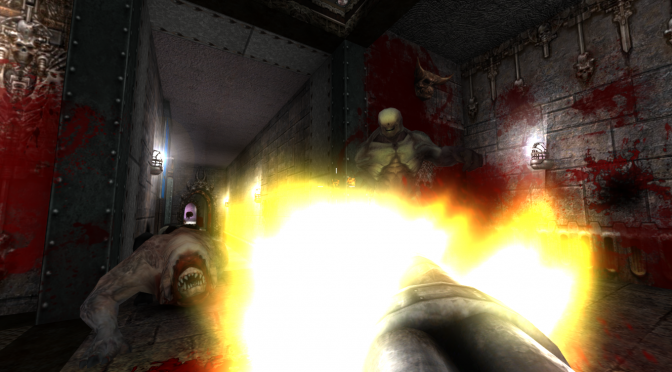 Modder ‘Zanieon’ has released a brand new version of his Quake III On Doom mod, Hunter’s Moon. Hunter’s Moon is a mod for Zandronum and GZDoom that consists in bringing the single-player/cooperative campaign that Quake III Arena never had.

“The story continues a very, very long time after the Vadrigars and the Eternal Arenas taking the warriors out of the arenas’ endless battles to fight for the control of what have locked them there. The Temple Of The Portals is the place where everything connects, it is the universe between the universes, it is a source of unlimited and unimaginable power that even Gods want to control.”

Hunter’s Moon basically mashups the characters and weapons from Quake 3 Arena with the monsters, visuals, stages, and tech of the classic Doom games. The game features 29 characters and 14 weapons.

This latest version of Hunter’s Moon introduces five brand new abilities, and those interested can download the mod from here.

Below you can find some comparison screenshots between the old and the new sprites for some of the enemies that players will encounter in Hunter’s Moon. 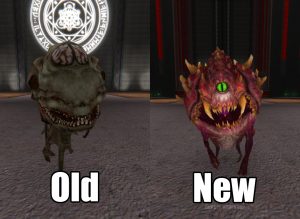 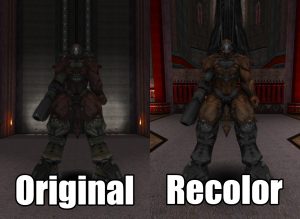 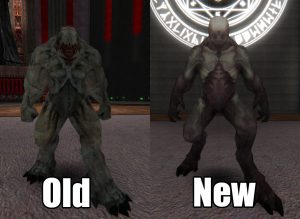 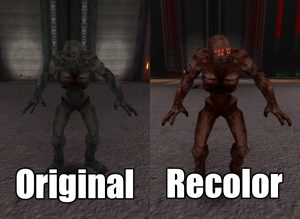