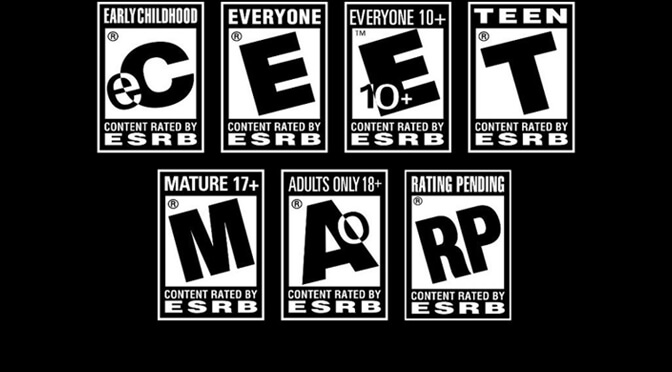 Have you even wondered how ESRB rates video games? First of all, they do not play the games. Why bother right? They just watch a two minute video of the game. It could easily be just one person in a room. The video is being send by the game studio and the video should represent the worst in the game. The studios are only volunteer to do so. Honestly this rating system sounds horrible.

Basically the game studio has to fill up an application and send the two minute video, of whatever they want at ESRB. It doesn’t even have to be a finished game. Then some person sits and watches the video with his chipboard and checks the boxes. That is how video games ratings are done by ESRB.

Now I do not know about you guys, but to me, the procedure sounds ridiculous. Of course there have been some attempts to change this specific way of rating, but sadly nothing has changed over the years. The ESRB board is suppose to protect customers and have their interests in mind, not of the companies. But when a CEO of a gaming company, is also the chairman of ESRB, well, it makes sense. If you want to help change things up, you should consider contacting ESRB.

Below you can watch AJ’s video on the subject:

AJS News Angry Rant - This is How the ESRB Really Works!?!