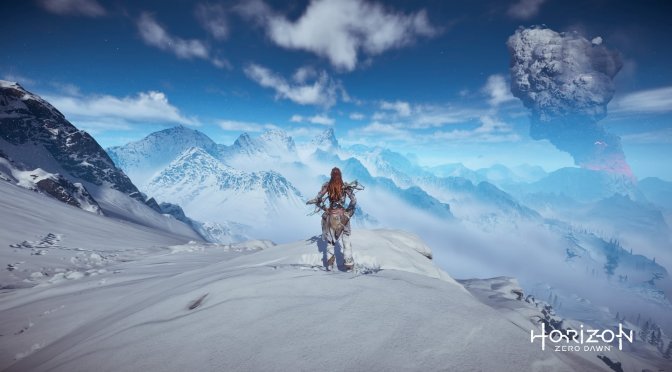 Unfortunately, we can confirm that the PC version does not feature the snow deformation effects that are present in the PS4 version. We don’t know why Virtuous and Guerrilla Games decided to leave those effects out from the PC version. And, to be honest, it’s a shame as those snow effects were really cool.

Moreover, it appears that the game has another issue that is related to its framerate. From the looks of it, Aloy’s hair does not behave/move correctly when the game is running at higher than 30fps.

Below you can find a video that shows this hair bug, as well as the lack of the snow deformation effects.

So yeah, it appears that the game has more issues than we initially thought. Another report surfaced this weekend, suggesting that the PC version was a debug build. However, and as we’ve already reported, that was inaccurate.

Guerrilla Games and Virtuos are currently looking into fixing some crash issues, the 30fps animations and the inability to enable Anisotropic Filtering in game. Sadly, we don’t know whether the teams will address these two new issues in the game’s first patch.