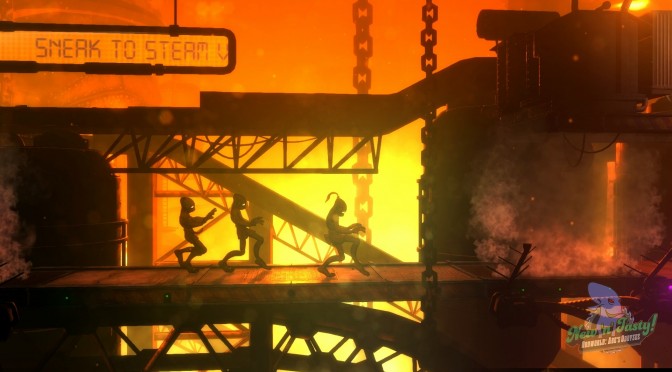 Homeworld Remastered Collection updates and introduces the landmark space strategy games to modern audiences. The collection includes Homeworld and Homeworld 2, painstakingly remastered by Gearbox Software in cooperation with key members of the original development team and members of the series’ passionate fan community.

On the other hand, Oddworld: New ‘n’ Tasty is built from scratch from the ground up, sporting new breathtaking visuals, enhanced audio and improved, as well as deeper gameplay.