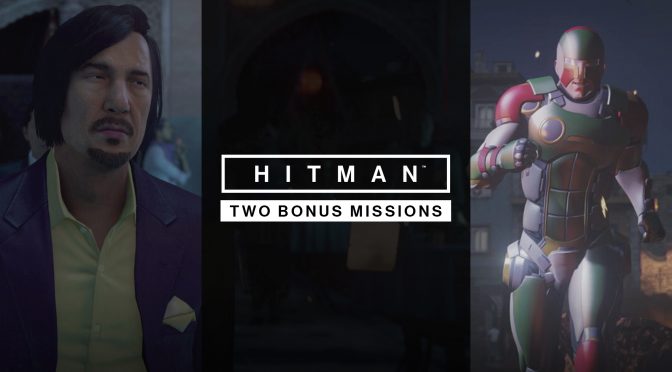 IO Interactive today confirmed that a bonus episode for HITMAN will be released on July 19th. The Summer Bonus Episode consists of two separate ICA missions which catalogue Agent 47’s first trips to both Sapienza and Marrakesh.

As the press release reads, this Episode is not part of the story arc of HITMAN. Being previous ICA missions they are set apart from the main story.

Set at the frenetic night markets in Marrakesh, a mole for a major construction company is about to sell secrets to their largest rivals. Agent 47 is tasked with making sure the leak stops there.

“We’ve created not one, but two missions for the Summer Bonus Episode and players will revisit the hugely popular Sapienza and Marrakesh locations with a completely different feel. It allows us to show what we can do with HITMAN as a live game – we even introduced a crazy giant killer robot, but it’s also the perfect midway point in the HITMAN season before the final three locations.”

The Summer Bonus Episode will present players with a range of new in-game Challenges and Opportunities that will keep them busy along with an entirely new setting for Escalation Contracts and Elusive Targets.