Valve and Steam have shared the list for the best-selling games that came out on Steam in 2020. This list is measured by gross revenue, and not by the number of copies that these games have sold.

In the platinum category, we have the best of the best. As we can see, Grand Theft Auto 5, Cyberpunk 2077, Among Us, PUBG and Monster Hunter World sold really well on Steam. Alongside them, we find Destiny 2, Doom Eternal, Fall Guys, Red Dead Redemption and Rainbow Six Siege. 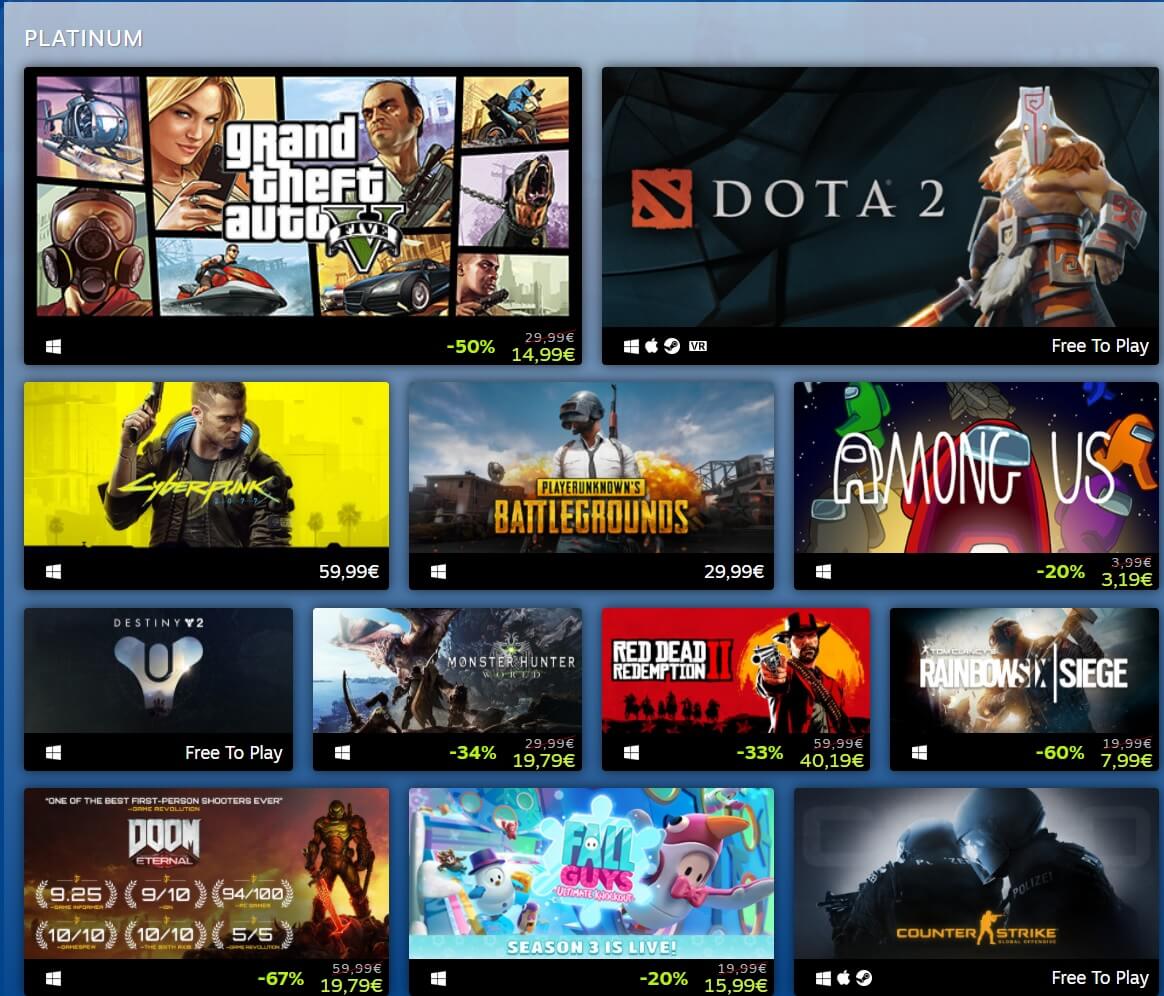 In the Gold category, which is the next one, we find Borderlands 3, Sea of Thieves, Baldur’s Gate 3 and Halo: MCC. We also find Dead By Daylight, Warframe, The Elder Scrolls Online and Civilization 6. 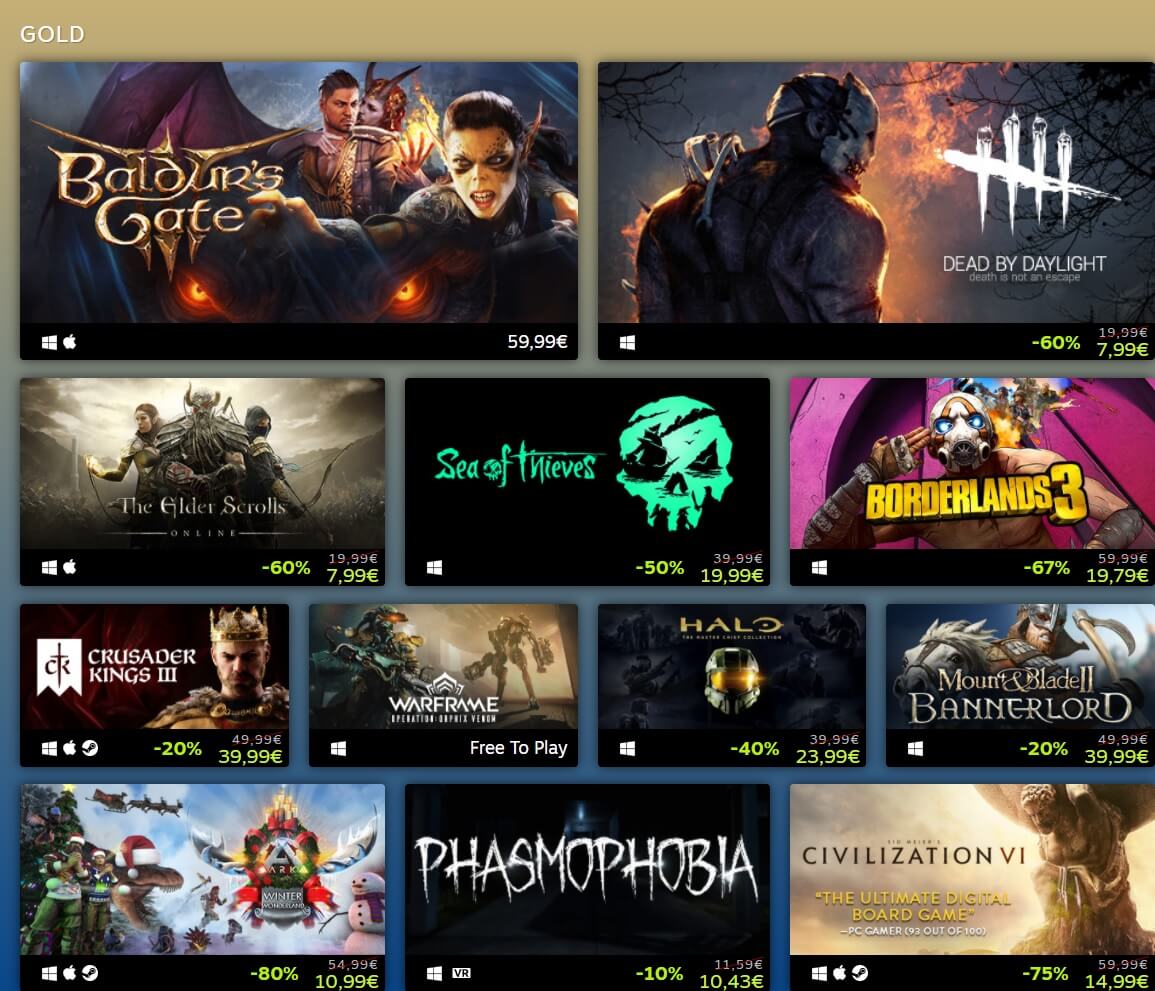 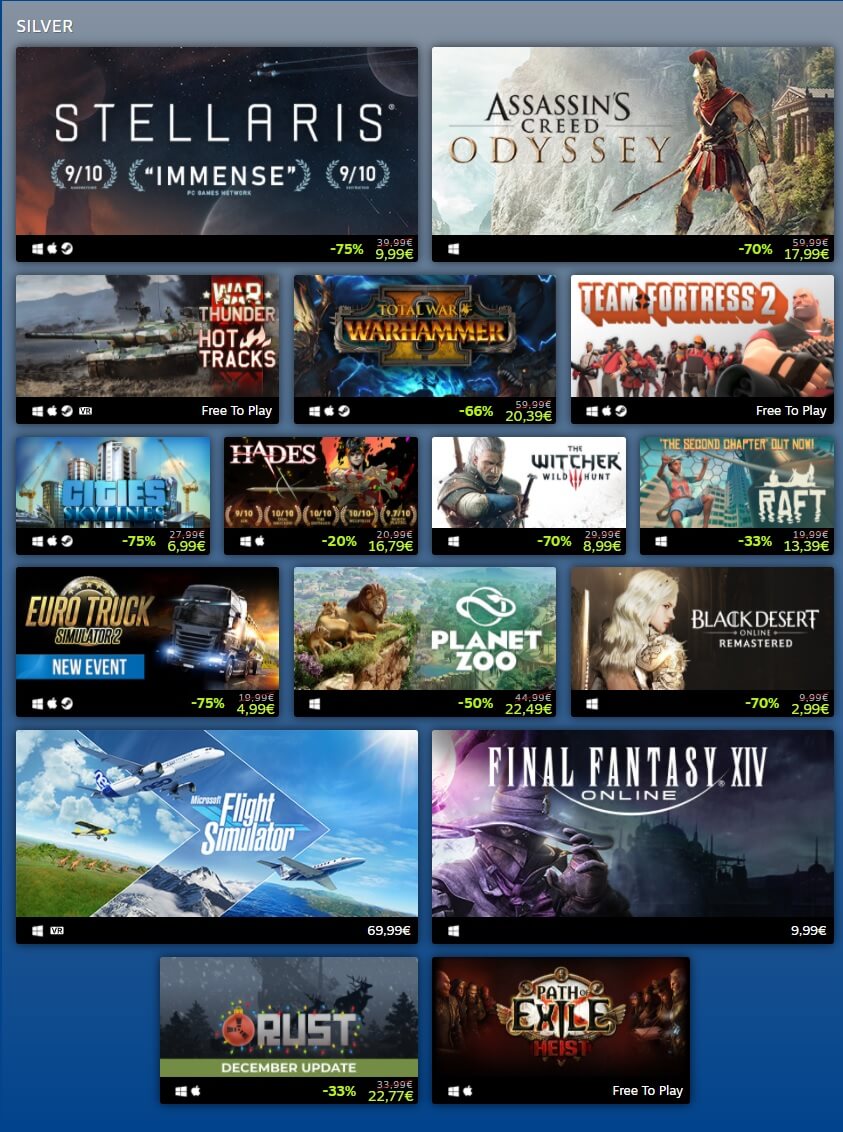 Lastly, there is a Bronze category, which has the rest of the 100 top-selling Steam games.