OnlySP has spotted the graphics options that will be supported in the PC version of Dark Souls 2. Naturally, take everything you’re about to read with a grain of salt. According to the leaked image, the PC version will let gamers set the quality of textures, shadows, water surface, models and overall effects. In addition, PC gamers can toggle on/off antialiasing, motion blur, SSAO and Depth of Field. You can view the leaked image with Dark Souls 2’s PC settings below. Kudos to our reader Stevanvel for informing us! 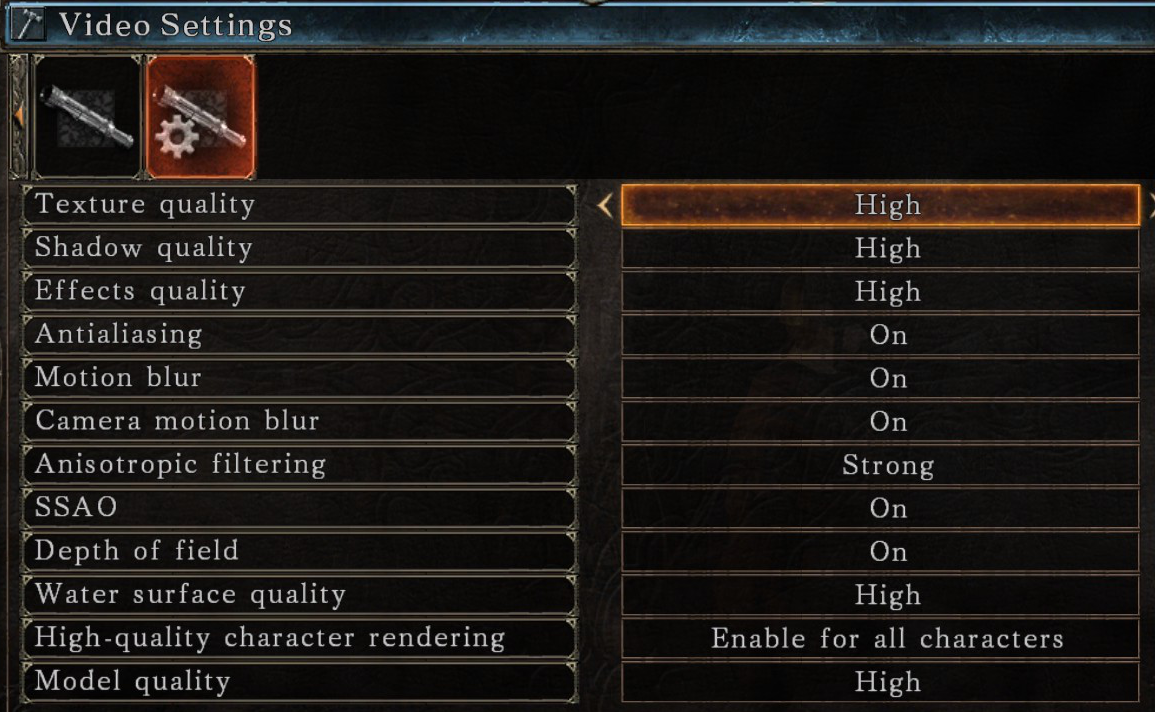