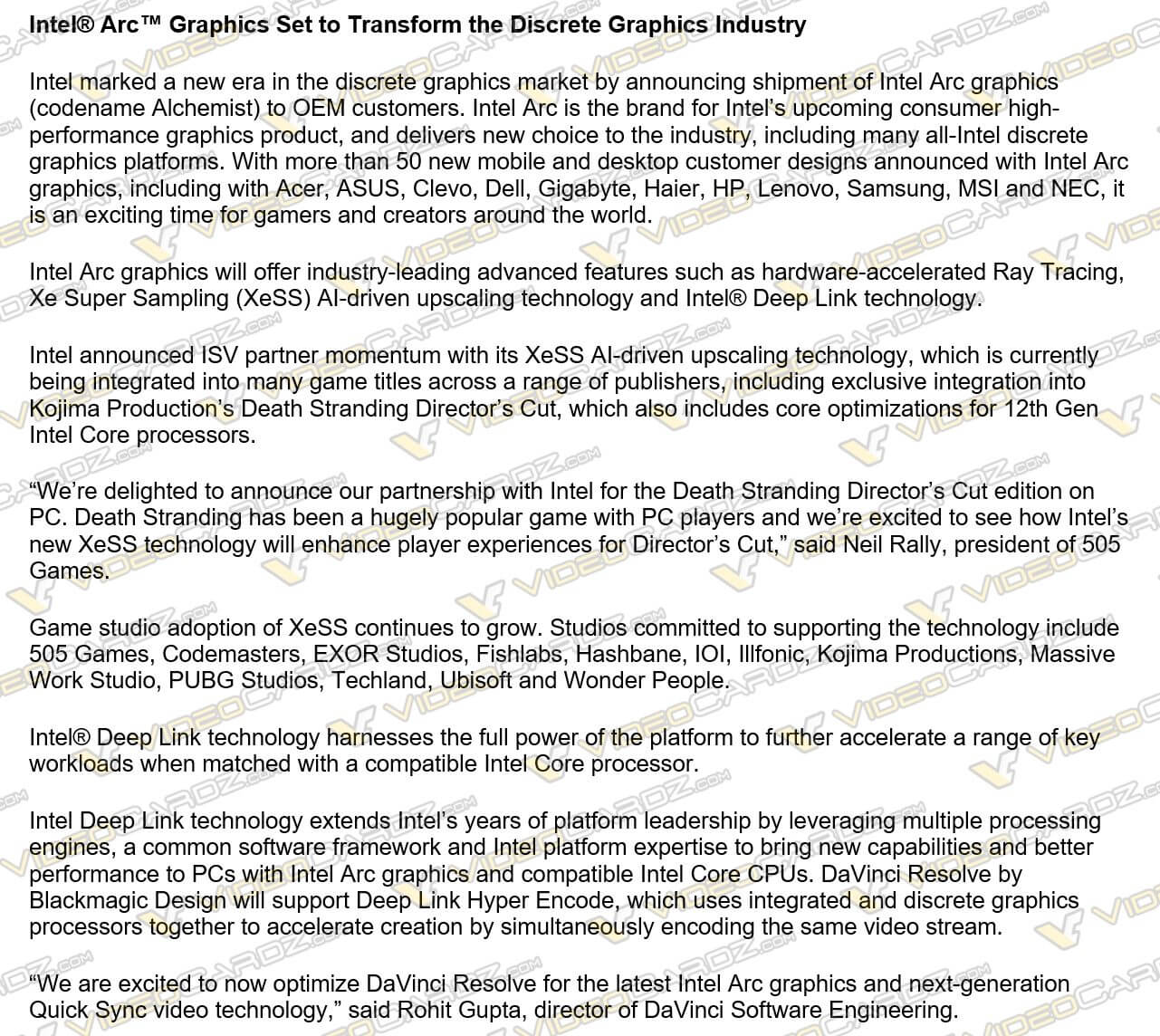 Furthermore, this leaked document reveals Death Stranding Director’s Cut for PC. My guess is that Kojima Productions will officially reveal this at CES 2022. And although there isn’t any ETA on when it will come out, we do know that it will support XeSS.

Intel’s XeSS seems to be closer to NVIDIA’s DLSS than AMD’s FSR. Not only that, but it is GPU agnostic, meaning that the most recent GPUs from both AMD and NVIDIA can use it. This is great news as it will allow everyone to enjoy higher framerates with better image quality than AMD FSR (or other upscaling techniques). It will also be interesting to see whether it will be as good as DLSS.