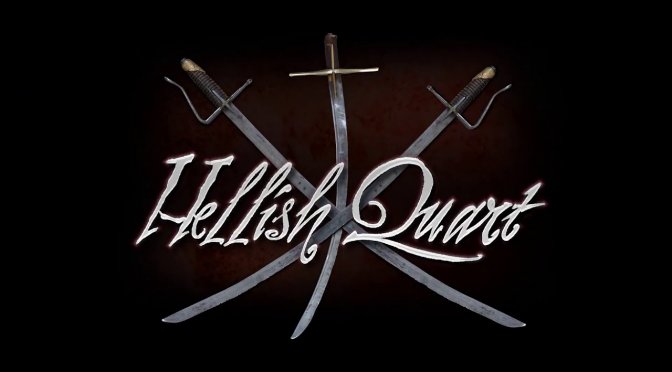 Hellish Quart is a physics-based, realistic sword dueling game, set in the 17th century. The lead developer of the game is an ex-senior animator for the Witcher 3.

The game is currently on Early Access, and scheduled to be released on February 16th. There is currently a demo available to download through Steam.

Hellish Quart is all about realistic sword dueling. Meaning one clean hit can be enough for victory. The game features motion captured fencing techniques for characters, and swords really clash using physics. It will also feature a single-player campaign, an arcade mode, and local multiplayer.

Story wise the game is set in 17th century Polish-Lithuanian Commonwealth. All characters models are using 3D scanned clothing, which is based on fashion from that specific time period.

The game will offer a wide selection of swords, such as Polish Hussars, French Musketeers, Swedish Reiters, and more.

Lastly, the title features blood, wounds, and dismemberment. If you are a fan of games such as the Sword of the Samurai, then this game is probably perfect for you.

You can download the 2 GB demo for Hellish Quart from here.

You can also watch the gameplay teaser below.