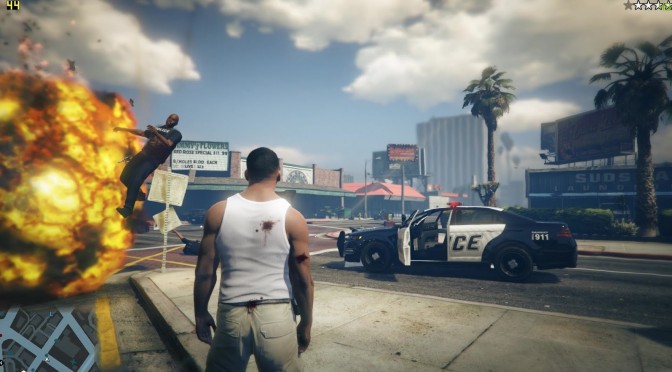 Talented modder ‘JulioNIB’ has released a new mod for GTA V that brings Quantum Break’s time shifting abilities to it. Thanks to this mod, players can almost stop time and continue controlling the player character walking, running, shooting and performing melee attacks.

Do note that you will need ScripthookVDotNet in order to run this mod.

It is a really cool mod, so be sure to give it a go.

Below you can find some videos that show this mod in action.

Kudos to our reader ‘Jonathan Gustafsson’ for bringing this mod to our attention!