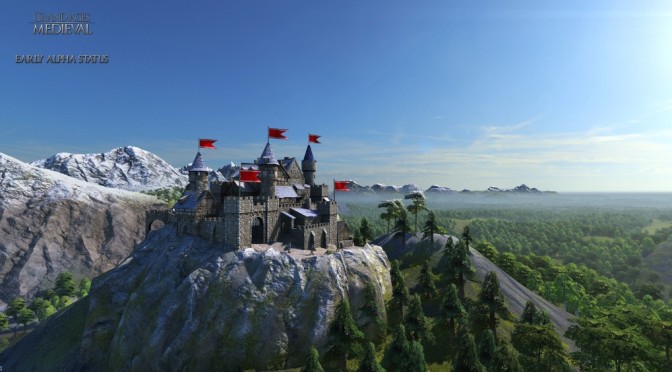 Kalypso Media announced that Grand Ages: Medieval is currently in development by Gaming Mind Studios and will be released in 2015 for PC. Being shown behind closed doors at gamescom 2014, Grand Ages: Medieval takes place in the High Middle Ages while Europe is in a period of huge change and rapid population growth.

“New frontiers are being explored and as the head of a small settlement it is up to you to lead your people from its beginnings as a small society and advance it through the years as you build it into an empire.

Plot your conquests on a game map consisting of 30 million square kilometres; or decide where to found new cities and strategically defend key territories. Lead your people to greatness by raising an army, building a network of trade routes and getting the advantage over rival states by developing superior technology through research.”

Grand Ages: Medieval is described as a real-time strategy game from Gaming Minds in which players will lead their people and advance through the decades by utilising construction, research, expansion and conquest in an area extending from Scandinavia and North Africa; to Portugal, the Caucasus and the Middle East.

-Explore a gigantic game world of over 30 million square kilometres, plot strategically where to found important cities and defend your kingdom against foreign powers
-Raise an army and fight your opponents with knights, archers and cavalry
-Produce and trade 20 different goods to meet the demands of your citizens and soldiers: such as coal, fruits and pottery
-Research and utilise 50 major technological advancement of the Middle Ages: including the three-field crop rotation, the low warp loom or the longbow
-Face devastating natural disasters like storms, fires, volcanoes, droughts, earthquakes… or even the Black Death
-Challenging Multiplayer Mode for up to 8 players via network and online