And it appears the time that most PC gamers have been waiting is upon us. The PS4 version of God of War has just appeared on Steam’s database, with its record being edited just a few minutes ago. In short, this isn’t a legacy entry.

Steam’s database has leaked a lot of unannounced games that came out on PC. And, after the recent NVIDIA leak, we can safely assume that this is the real deal. Not only that, but Steam’s database hints at a January 14th, 2022 release date.

I’ve screengrabbed the entry (just in case Valve or Sony deletes it or makes it private-only). 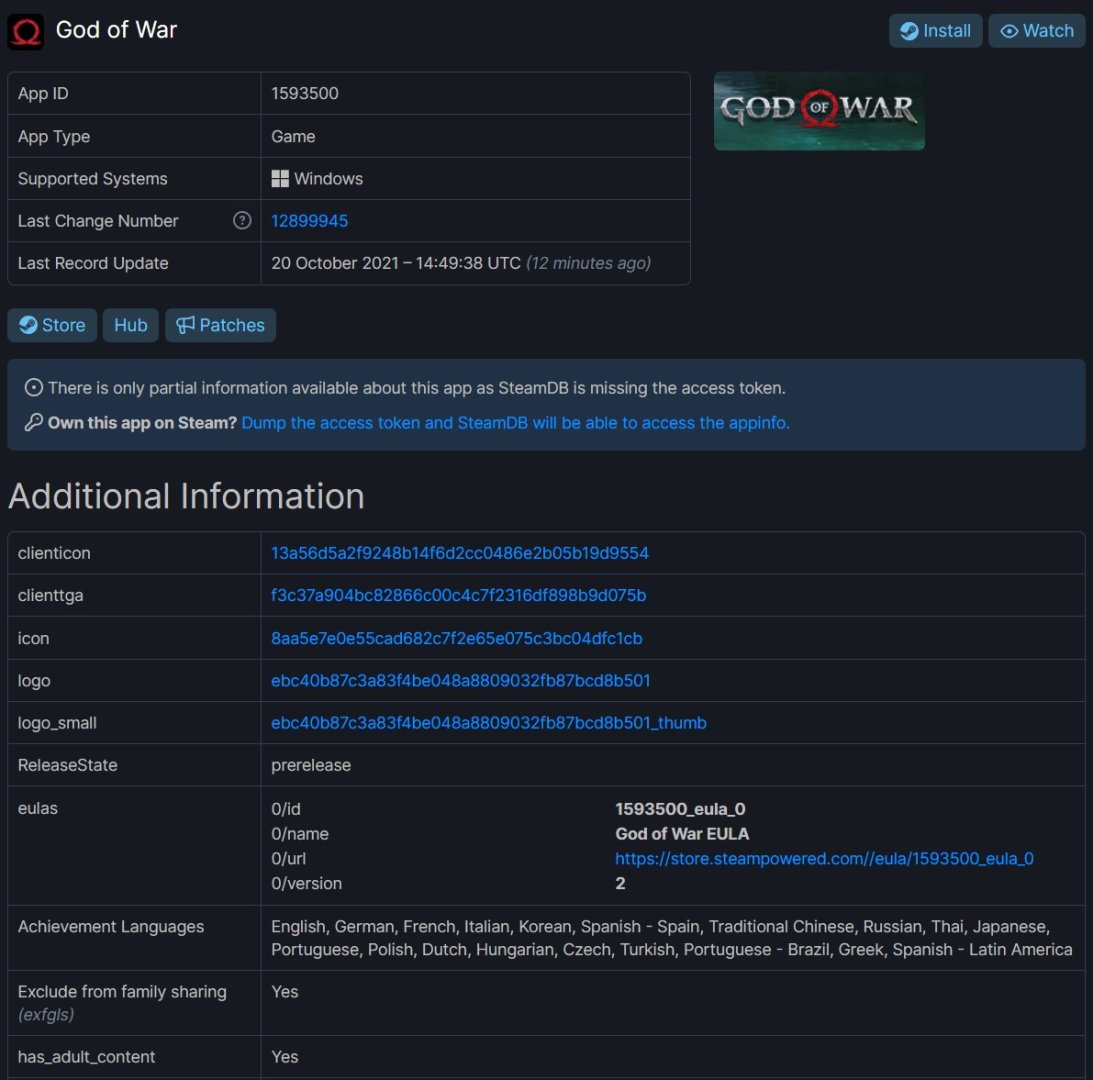 Furthermore, the official Steam store page is now public, and you can find it here.

So yeah, this is the real deal and Sony will most likely officially announce it today or later this week.