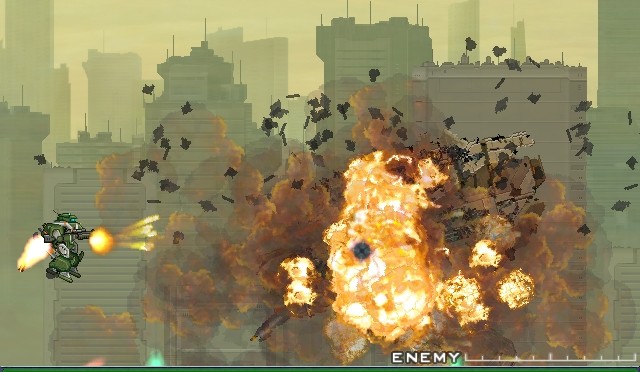 Nuy Media announced GIGANTIC ARMY, an homage extraordinaire to 16-bit era mech-shooters such as Cybernator / Assault Suits Valken, Mech Warrior, and Front Mission: Gun Hazard, will release on Wednesday the 5th of February 2014 for the PC.

GIGANTIC ARMY is described as a side-scrolling mech-shooter set in a 21St Century war against the Ramulons – an alien race determined to stop humanity’s advance into space.

“The war against the Ramulons has reached the planet Ramulon itself and it is now down to YOU to pilot the ‘GMR-34 SALADIN’ – a Manned Combat Robot – and take on the Ramulon army. Customize your arsenal of explosive, projectile, and plasma weapons, and combine them with melee attacks, thrusters and your shield to take the fight to the enemy and end the conflict!”

Developed by ASTRO PORT, the studio behind of critically acclaimed SATAZIUS, and fully localized by Nyu Media for its western debut, GIGANTIC ARMY is a heartfelt tribute to the mech-shooters of the 1990’s, boasting awesome retro arcade stylings, slick animation, superbly detailed mech, boss and stage design, and addictively frenetic game play.

·         Six stages of intense mech-shooter action.
·         Twelve mid and end level bosses of gargantuan proportions to take down!
·         Four difficulty modes from ‘Easy’ to ‘Insane’ to cater for all skill levels.
·         Customizable weapons load-out to suit your play style.
·         Dash, thrusters and shield give your mech satisfying maneuverability and defensive options.
·         Rebalanced gameplay – making the western release of GIGANTIC ARMY the most up-to-date version yet!
·         The Steam version will add 42 achievements, trading cards, and more! A Linux version for Steam is also in the works! 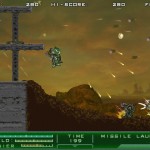 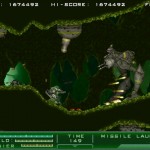 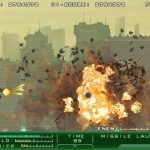 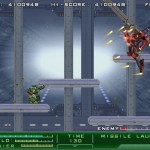 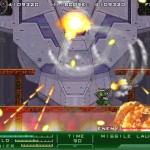 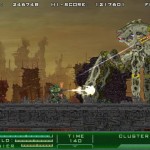