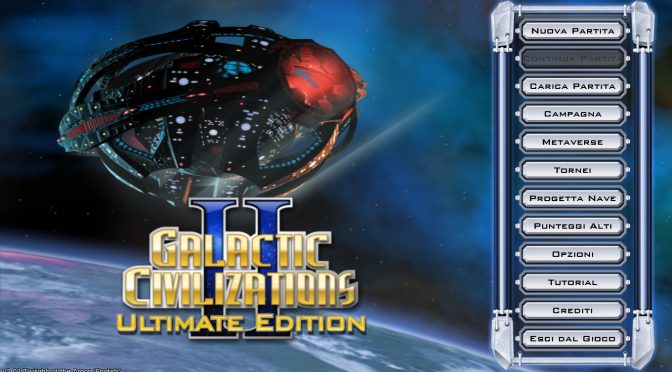 Galactic Civilizations 2 is the sequel to 2003’s hit turn-based strategy game of the same name. The player takes on the role of the leader of a space-faring civilization and must guide its expansion in a hostile galaxy. Gamers must balance their economic, technological, diplomatic, cultural, and military power to forge alliances, fight wars, and ultimately dominate the galaxy. The game is single-player and allows the player to play randomly generated galactic maps or play through a multi-mission campaign that tells the story of an ancient enemy called the Dread Lords.

The first expansion pack not only adds the usual content that expansion packs tend to do such as new opponents, new units and a new campaign. It also greatly expands the game play of Galactic Civilizations II. New features include asteroid belts on the map that can be mined for resources, unique planets that require special technologies to colonize, spies to conduct sabotage and destabilization (or used to protect your worlds from the same), new types of diplomatic treaties, an enhanced artificial intelligence engine, and much more.

Those interested can acquire their free copies by visiting the game’s Humble Bundle page!