Perfect World Entertainment and Cryptic Studios announced that the free action MMORPG Neverwinter, set in the Dungeons & Dragons Forgotten Realms universe from Wizards of the Coast, concludes Open Beta Testing and launches on June 20, 2013. The launch day also marks the live release of Gauntlgrym, Neverwinter’s free level 60 PvE and PvP content for veteran players. Additionally, the first free content expansion to Neverwinter, entitled Fury of the Feywild, has been revealed.

“Boy, we have a lot going on. But then that was the plan from the very beginning. The feedback from players has been incredible. With their help during our Beta Test periods and our accumulated experience from having launched five MMOs, we’re confident we’ve worked out all the major kinks and can sustain the world of Neverwinter without the Beta safety net. I personally thank our Open Beta players for providing an enormous amount of valuable feedback and supporting us during every single step of the development process. As a token of that appreciation, we’re running an in-game promotional event near the end of Open Beta. Of course, alongside the launch day comes the release of Gauntlgrym, which adds more end-game content. And, we just announced Fury of the Feywild, our first content expansion for Neverwinter, which will all be, in classic D&D fashion, Modules. Yeah, there is a lot going on. But we wouldn’t have it any other way. The game is doing great and we love working on it.”

Nathan Stewart, Brand Director for Dungeons & Dragons at Wizards of the Coast added:

“We have been thrilled with the work that Cryptic Studios and Perfect World have done on Neverwinter, and the tremendous response from the fans. This is one of the Forgotten Realms’ most iconic cities and we are excited for the millions of fans that will create their own stories in Neverwinter.”

Neverwinter entered Open Beta on April 30, which allowed all players unrestricted access to the game world. Those who participate in Open Beta will see their entire game progress rolled over to launch on June 20, after a short maintenance.

The Gauntlgrym end-game content referred to features a massive PvE and PvP battleground where players fight for the greatest treasures hidden deep in the ancient Dwarven city.

Fury of the Feywild, the first Module for Neverwinter, is a free content expansion due this summer that chronicles an attempt by Fomorian Giants to seize the Elven city of Sharandar. 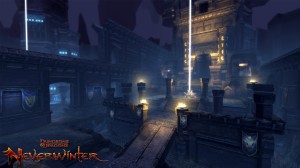 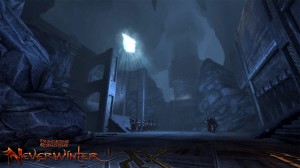 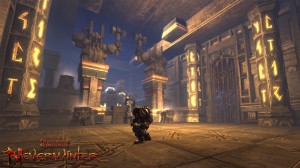 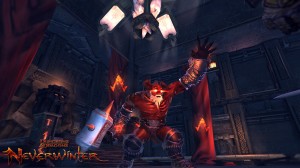 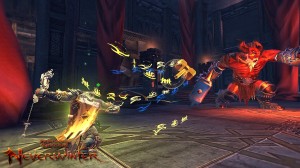 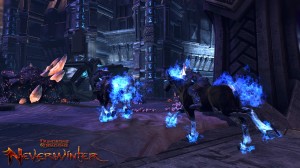 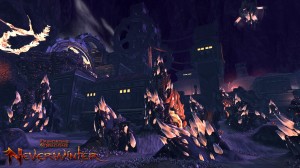 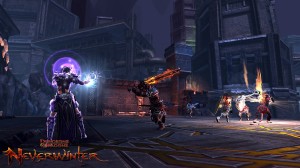