Playground Games and Turn10 have released a new update for the PC version of Forza Horizon 3. This update is 1GB in size and even though there isn’t any changelog, Playground Games claimed that it features minor updates to improve performance and stability.

This patch will be auto-downloaded from the Windows Store (or manually via the game’s Windows store page).

For what is worth, this patch did not address the single-thread issues that we’ve already reported. As we can see below, the game is still maxing out one CPU core. 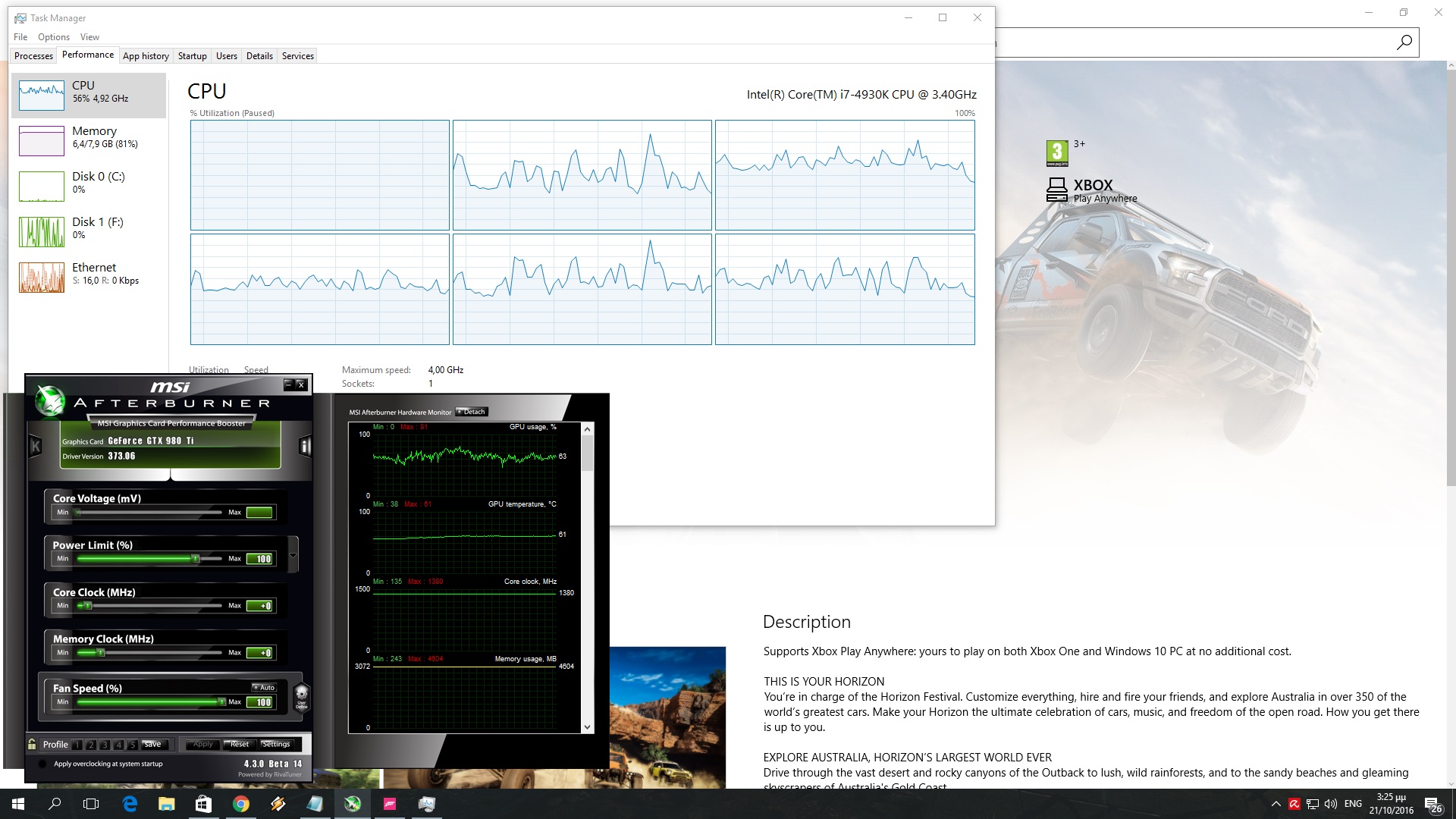 It’s quite obvious that Playground Games and Turn10 won’t be able to address this issue and as a result of that, the game will be plagued with performance issues on the PC.

And yes, while the PC version is affected by these performance issues, it still runs better than its Xbox One cousin (while also looking better).

Still, it’s kind of sad that this racing game suffers from such single-thread CPU issues. Some people suggested that this is due to Microsoft’s new secure appx format, though it has not been proved yet that this is indeed the culprit behind the game’s underwhelming performance.