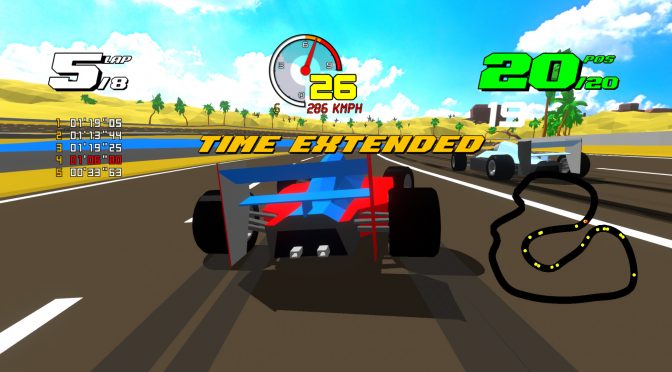 As Repixel8 noted, the game is still in development. As such, this gameplay footage does not represent the quality of the final product. Still, it will give you an idea of what you can expect from it.

To be honest, this video reminded me of another SEGA-influenced racer, the 90s Arcade Racer. 90s Arcade Racer aimed to recreate the feeling of SEGA’s arcade racing games, like Scud Race and Daytona USA. Unfortunately, and despite a successful Kickstarter campaign, this racing game never got released. As such, I seriously hope that Formula Retro Racing will not meet 90s Arcade Racer’s fate.

Last but not least, Repixel8 aims to release the game on Steam in Q2 2020.

Enjoy the gameplay footage and stay tuned for more!