Videocardz has shared the first screenshots from the upcoming NVIDIA GeForce RTX2060. According to reports, this rumoured GPU will come out on January 15th alongside the GTX1160; another graphics card based on the Turing architecture that will not support any ray tracing effects.

As Videocardz reported, the Founders Edition of the RTX2060 will feature two fans, will be equipped with a single 8-pin power connector and a full cover backplate. It will also feature two DisplayPort outputs, HDMI, DVI-I and USB TypeC connectors.

Although there aren’t any details at this point, we’ll be sure to keep you posted. Our guess is that more details – alongside the specs for this graphics card – will be leaked in the next couple of weeks so stay tuned for more.

On a related note, AMD is rumoured to be launching its brand new Radeon gaming graphics card at CES 2019 so it will be interesting to see whether this upcoming AMD GPU will be powerful enough to compete with NVIDIA’s latest offerings. 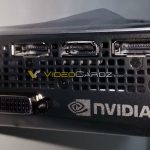 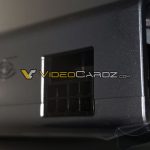 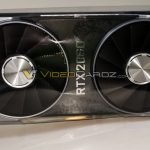