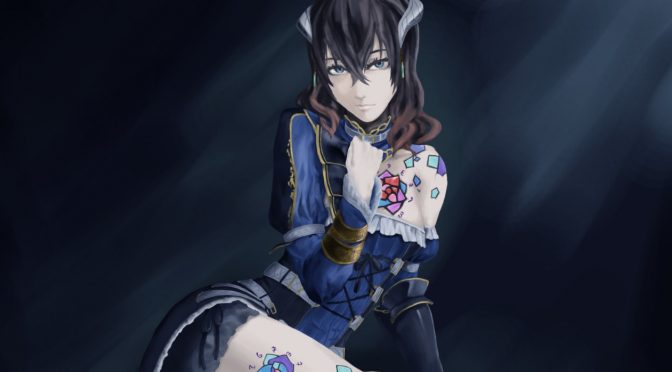 Well, we all saw that coming. Bloodstained: Ritual of the Night is the latest platformer that is heavily inspired by the Castlevania series and in this game, players assume the role of a sexy female character. And, as you’d expect, the first nude mods for this game have surfaced online.

The mod that most gamers will be interested in is created by modder ‘noodtiddies’ and is called Topless Miriam. Now despite its title, the latest version of this mod allows players to get Miriam completely naked. Not only that, but the modder is looking into getting breast physics working (though it’s not guaranteed whether such thing will be possible).

The other nude mod for Bloodstained: Ritual of the Night is created by modder ‘noodtiddies’ and is called Sexy Monsters. The goal of this mod is to eventually make every female monster’s tiddies visible & anatomically accurate, including Vepar. The latest version of this mod has nude versions of Bloodless, Rul’sha and Vepar.

Those interested can download both of these mods via NexusMods. Do note that you’ll have to login and enable the Adult filter, otherwise you won’t be able to find them.

For obvious reasons, we won’t be linking to them and we won’t allow any direct links to these nude mods in the Comment section (it’s really easy to find them by either using NexusMods’ Search box or by Google-ing their names.